Talk given at the Advaya event Is Ecology Relevant? A panel discussion and Q&A with Satish Kumar, Editor of Resurgence Magazine, Craig Bennett, CEO of Friends of the Earth & Molly Scott Cato, Green MEP on 20 October 2017

About the Speaker:
Craig Bennett took up the role of Chief Executive Officer at Friends of the Earth on 1 July 2015, on completion of his sabbatical as a Policy Fellow at the Centre for Science and Policy (CSaP).

Having spent most of his career as an environmental campaigner, Craig believes there is an urgent need for the “environmental movement” to evolve rapidly over the next decade if it is going to play a leadership role in helping steer humanity to a more sustainable future. The need is to re-frame modern environmentalism, so that sustainability is seen as one of the next steps in the progress of humanity, rather than – as some still see it – a “barrier to progress”. But this demands substantial changes in how organisations like Friends of the Earth perceive, frame, communicate and interact with the challenges and opportunities that will emerge in the coming years.

Previously, as Director of Policy and Campaigns at Friends of the Earth, Craig Bennett has been the organisation’s lead campaigner and policy strategist, representing the charity with Government and other key lobbying contacts, and leading its tactical response to the changing political and policy context. He is also a member of the Board of Friends of the Earth Europe, Chair of the Environment and Climate Change customer challenge panel for Anglian Water (established as part of the OFWAT price review process), and a member of the Net Positive Board Advisory Panel for Kingfisher plc. From 2013-2015, he was Chair of the Board of Stakeholder Forum.

From 2007 to 2010, Craig was Deputy Director at the University of Cambridge Institute for Sustainability Leadership (CISL) and, in this role, was Director of The Prince of Wales’s Corporate Leaders Group on Climate Change (CLG). During this time, he built The Corporate Leaders Group into one of the most influential and progressive business voices in the international climate debate. He maintains his links with the University of Cambridge, as a CSaP Policy Fellow, a Senior Associate at CISL, and an occasional contributor on Judge Business School Executive Education programmes.

He has a BSc (Hons) in Human and Physical Geography and an MSc in Biodiversity Conservation, and is a Fellow of the Royal Geographical Society (FRGS) and the Royal Society of Arts (FRSA). He regularly appears in the broadcast media, and has had many articles printed in national newspapers such as The Guardian, The Independent and The Daily Telegraph. He is a regular columnist for the BusinessGreen

Event Description:
With reality seemingly under attack – from the despicable corruption that led to the Grenfell fire to ‘President’ Trump’s farcical tweets –, Craig Bennett (Friends of the Earth), Satish Kumar (Resurgence) and Molly Scott Cato (The Green Party) will explore the place and relevance of ecology within policy-making, arguing that now, more than ever, we need to turn towards ecological thought to deal with these systemic failures.

Rather than side-lining the environment because of immediate political crises, an ecological approach seeks out the root causes of these issues, instead of their ever-multiplying offshoots. Most of us see the environment as a pressing issue – but how can we push this commitment into our daily lives? 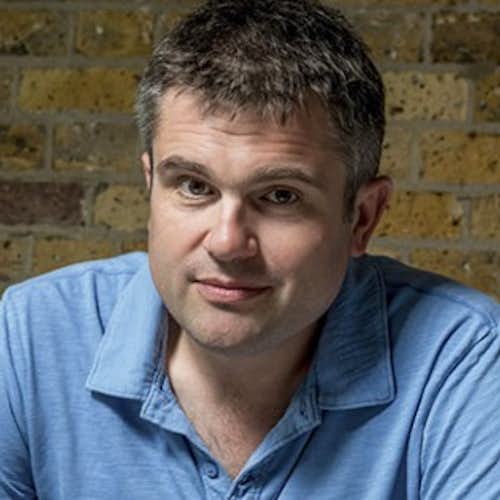 The Emerging Ecosystem for Innovation and Impact