This month, advaya’s study club gathers, for the last time this year, to discuss Sacred Activism. How do we surrender to the real, and behold the sacred, instead of seeing with our culture? What are sacred practices of seeing? How can these different ways of seeing create “productive ruptures”? 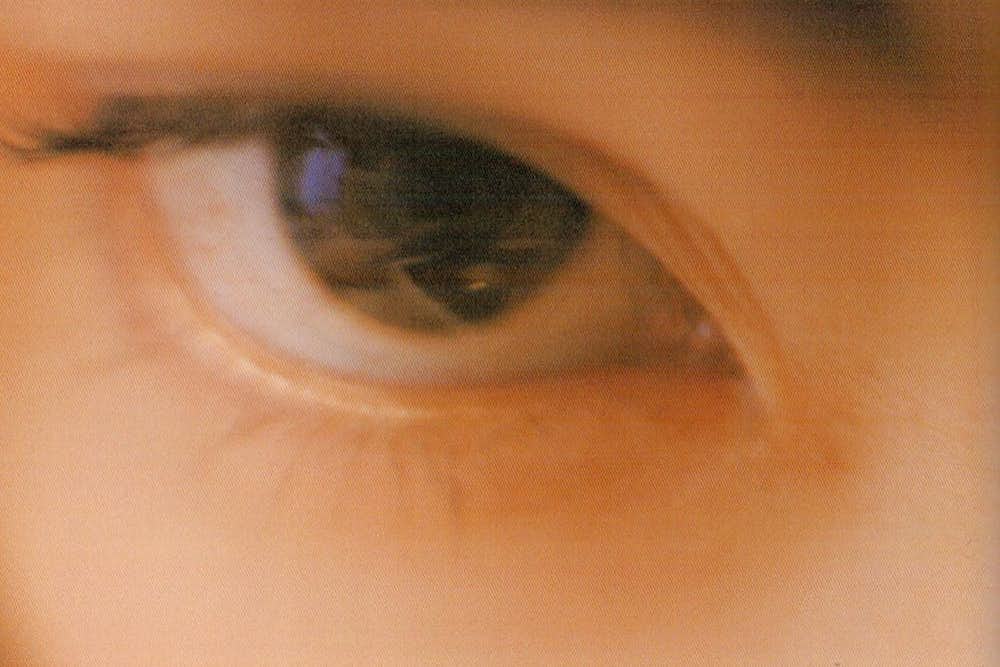 There are many words in the English vocabulary for the act of seeing: each with their own connotations. To “discern”, “identify”, “recognise”, imply a way of seeing that brings with it a set of assumptions, preconceived notions, which inevitably affect the experience of seeing, and what that translates to for the seeer. To “grasp”, “conceive”, imply another way of seeing that involves comprehension of information; the seeing is happening for a specified purpose. The most neutral of these words would be to “watch”, “observe”, “notice”. In this case, the seeer is, presumably, simply seeing.

In reality, it is not so clear-cut. The different ways of seeing blur together: it takes trained skill to see without attaching meaning, or without some intention. In reality, we bring our encultured selves to our acts of perception, every day, every second. As political strategist, writer, and activist Alnoor Ladha said: “we must become aware of the thought-forms, the mind-viruses, the memetic structures that hold us to that old way of being.” To paraphrase speculative fiction writer and essayist William Gibson, we see with our culture, which is what makes it hard to see our culture.

Allan Kaplan and Sue Davidoff from the Proteus Initiative put it this way: “we do not see ‘things’, we see meaning. Which is another way of saying that we bring our thinking to bear on what we ‘actually see’ as raw percept. We live in a world of meanings, and we make meaning of the world. We see only meaning – table, scarf, person, child, plant, mountain, cloud – these are the meanings we give to, we make of, the raw perceptual data that arrive through the doors of our senses.”

They write that “we create the world – our entire world, not just the supposedly ‘subjective’ aspects – as we go.” Explanations, they add, mean that we are “taken away from the phenomenon and our thinking becomes abstract conjecture. It becomes instrumental, mechanical, linear; it extracts in order to use.” Such are the effects of logical, rational, measured cultures, an experience of the world crafted by those who sought to know, to use. In a way this extractivism came from an understandable desire to make sense of the complex, unimaginable diversity of the world we have been fortunate enough to come into.

Perhaps we could say that we explain our worlds into being. We could say that we see our worlds into being too, since these explanations then go onto interfere with how we see things—in a reinforcing loop. Relatedly, there is proof across the fields of particle physics, thermodynamics, quantum mechanics, and probably much else, too. The observer effect in physics is the disturbance of an observed system by the act of observation, a result of instruments that, by necessity, alter the state of what they measure in some manner. Is this not the most remarkable example of instruments, our eyes included, changing the world, and changing our reality, as we use them?

One way forward, in light of this, is to lean into the observer effect. Kaplan and Davidoff write: “We bring something to the world and it brings something to us, and through this relationship both we and the world become enlarged – become more than each was before – and through this dynamic and creative conversation the relationship becomes a sublime and almost magical one (yet real, so very real; this strange arising-through-conversation is indeed the real world, at last).” This is useful and expansive sometimes, yet destructive at other times; the latter especially so when the instruments created make and remake the world as violent, fearful, scarce, binary.

Another way would be to return to the moment of encountering the complex, unimaginable diversity of the world again, and to meet that world—this world—where it is at. This is an invitation to see without the intention to participate, to create a world and shape it according to our layers of meaning. Generative as that process can be, what if we sometimes choose not to co-create? Not to explain, not to know, not to converse? This is not to be conflated with the eco-fascist tendencies that have emerged, to want to remove “humans” from the Earth, to want to erase our collective existence—no, that would be a cowardly cop-out.

No, the invitation here is to humble ourselves in a different way. To “behold”, which stands alone amongst the numerous synonyms for the word, “see”. To drop the rationalising instruments, the rigid structures, the metaphorical robes of reason, science, and method. Without emptying our hands, how can we “hold”? Here, let us allow ourselves to be held, as in suspended, as in enchanted.

This kind of seeing is a sacred practice, as the archaic word “behold” implies, an act of faith, a dive into mystery.#

So Sinopoulos-Lloyd and Pinar Sinopoulos-Lloyd write in their essay, “Eco-Mysticism for Apocalyptic Times”: “When we are enchanted, we are actually in a space of mystery where we can’t fully know what something means, much less what our relationship to it should look like. Enchantment is a mystical space.”

There is no anticipation in this way of seeing. They open the essay with this: “Mysticism gets at the need for a productive rupture in our cosmologies—a site where the unanticipated can enter our view of the world.” Here we are recognising that, and rejecting how, too many of us fall into habitual ways of seeing that presuppose and thus create worlds into being. Here we are, contrary to what mysticism might commonly imply, seeing the world for what it is, rather than for what we want it to be. Here the removal of our cultural lens allows us to enter into a different realm, that is more, not less, real.

How? For Sinopoulos-Lloyd and Sinopoulos-Lloyd, such eco-mysticism involves creating relationships with the land where we live, falling in love with the local river, the songbirds in the bushes, and committing to, feeling with, these beings, rather than writing them off as less conscious, non-persons. For them, too, mysticism is “an overflow of myth, creativity, life force, despair, or joy that can emerge as a reaction to stagnancy in systems”. Suspending ourselves and awaiting the unanticipated is mysticism, and it opens up space for us to feel, sense and experience this wide spectrum, that they say is how mysticism “is dangerous especially to the status quo of ‘empires’”.

Mysticism, a sacred practice of seeing, is rupture, disturbance, disruption, “a site of insurgence”, in a world that seeks to contain, control, explain and extract.#

Sinopoulos-Lloyd and Sinopoulos-Lloyd write: “Enchantment as possession by an ‘other’ is also a means to flip the colonial & capitalist story that measures our lives by what we are able to possess.” This practice allows us to be enraptured by real, natural forces beyond our agency and individual, human ability—indeed, forces beyond explanation. A recognition that those forces are more real than anything we could explain with the words we have created.

When we see things for what they are, when we behold, truly, we are taking off the blindfolds to involve ourselves with the world-as-is. It is radical empathy, grounded observation, and disciplined engagement. As such, we open ourselves to despair: “a normal reaction to colossal destabilizations of meaning and justice”. Simultaneously we open ourselves to awe: the ecstatic, the transcendent, “the movements of the sacred”. And these openings, these “productive rupture[s]”, create pathways towards the kinds of sacred activism that we need in these times, an antidote to the activism that is emerging: as Kaplan and Davidoff summarise: “in its very commitment to changing society, it risks acquiescing to an instrumentalism that already dominates society, so that activism itself distorts into an inadvertent conservatism (a strengthening of the status quo), and the human quest is reduced to a mechanical problem which can be solved – putatively – without our own inner movements of transformation.”

I leave you with the questions we are asking this month in the study club:

What does it mean to create a practice of activism that is liberating, fulfilling, and grounded? How do we live into being the world that we are dreaming of? What is our spiritual obligation to this world? What spiritual guidance or frameworks can ground our theories of change? How can we foster a sense of community, accountability, and sacred purpose in our movement building that sustains us throughout our personal and collective practices of activism?#

The eighth and final session (for this year) of advaya’s Spiritual Ecology study club is happening next Thursday December 15th, 12pm EST, 7pm GMT (with a monthly fee of £12, and the concession price is £8). December’s session is themed around SACRED ACTIVISM. Join us as we gather online and explore selections from adrienne marie brown on pleasure activism, alexis pauline gumbs on the misplaced desire to “save” the planet, Tricia Hersey’s Nap Ministry and the liberation of rest, the ecomystical resilience of Queer Nature, selections from The Prophet by Khalil Gibran, and more. Materials selected, and session hosted by, Priya Subberwal. 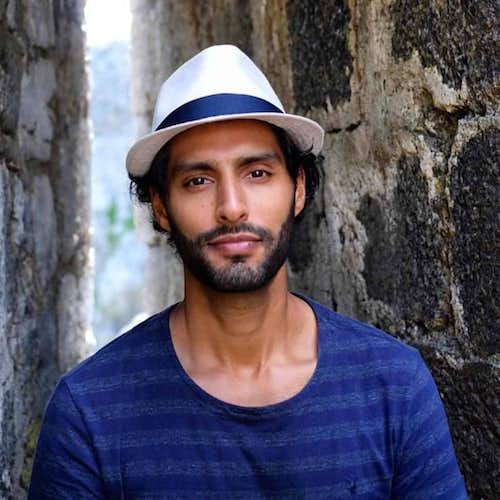 Alnoor’s work focuses on the intersection of political organising, storytelling, and technology.