advaya’s lead curator, Hannah Close, the curator of our new, multi-teacher, six-week course, KINSHIP: World as Archipelago, introduces the metaphor “World as Archipelago”, and talks about the implications this framework has on our relationships in the context of this shared elemental home. 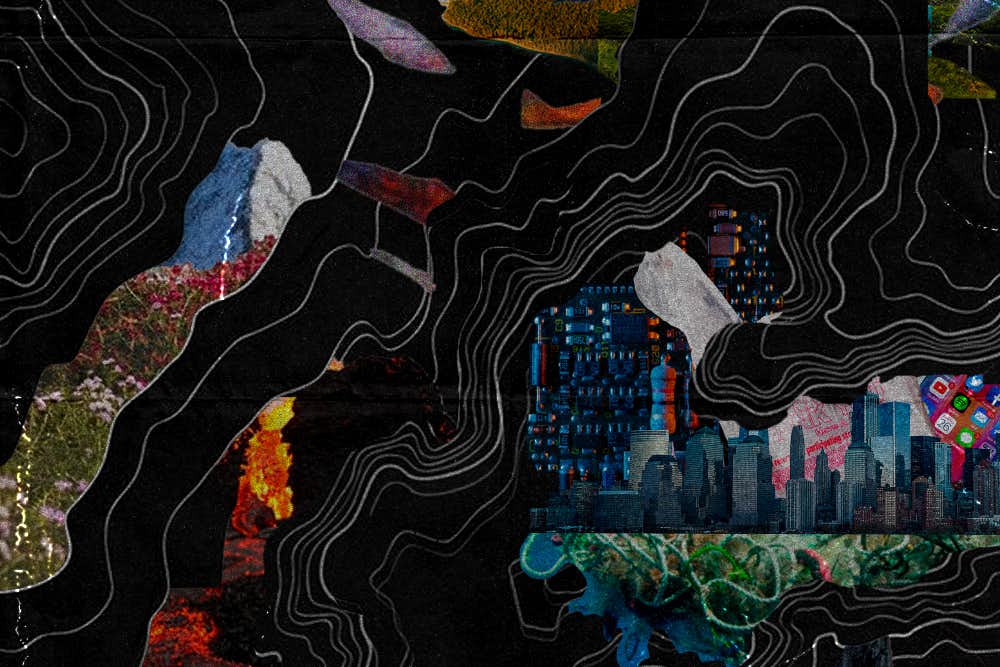 Following our expansive inquiry into the topic of kinship earlier in 2022, the 2023 iteration will focus on the metaphor ‘world as archipelago’, drawing timely insight from our planet’s islands and oceans, both of which offer a bounty of wisdom on questions of relationship within the context of the Anthropocene. Last time we asked: What does it mean to belong? What does it mean to be in relationship with the ever-unfurling world we find ourselves a part of? What, exactly, is community? And who do we really mean when we say “we”? These questions remain with us as we embark on an exploration into being together across the seven seas.

KINSHIP: World as Archipelago is a six-week, live online course that brings together teachers from islands all over the world, including the Philippines, Pacific Islands, and the Scottish Hebrides, as well as from mainland Europe, Asia, and North America (otherwise known as ‘Turtle Island’ by the indigenous population). The course will pivot around the metaphor ‘world as archipelago’ in order to delve deeper into the previous iteration’s core questions and focus our attention on places that are often left behind in mainstream discourse on climate, justice, community, and so on.

KINSHIP: World as Archipelago invites us to rally together as crew as we explore our earthly relations and the liquescent spaces that connect us. Each week, we will navigate towards a unique island of inquiry, mapping counter-cartographies of relationship along the way. Through tentacular (Haraway) engagement with self, other, and the more-than-human, we’ll challenge colonial and essentialist notions of relationship so that we might orient ourselves towards healthier ways of being together. We’ll reflect on the thresholds, boundaries and borders that mediate our belonging, seeking to unflatten the map through ‘tidalectic’ (Brathwaite) perspectives that offer welcome anchorage in a world adrift.

As our relational interdependencies are thrown into ever-greater relief as a result of the global ‘metacrisis’, the metaphor ‘world as archipelago’ offers us an intriguing way to look at our interconnected amphibious existence. Expanding on (and challenging) the notion of the ‘global village’, an archipelagic outlook acknowledges both our connections and separations as foundational to our relationships, all the while inviting our oft-forgotten ocean kin into our awareness. While the ‘global village’ metaphor encourages us to view the world as one giant community, it unwittingly flattens the vast diversity that makes up life on earth by ignoring the ways in which our separations can be generative, life-giving, and which ultimately act as crucial mediators of relationship. By separations, I don’t mean state borders, I mean ocean passageways, island shorelines and so on.

As the philosopher Jacques Derrida once said, ‘there is no world, there are only islands’. What if, instead, we inhabit a world of islands? Or island of worlds? Ever-ebbing shorelines mediate the coming together of worlds, acting in ways similar to our own porous membranes, our skin, as our microbial kin enter into osmosis upon meeting. Far from being symbols of separation and isolation, islands invite us into relation through their penetrable thresholds, with the ocean acting as both connecting ‘glue’ and a place (and being) in and of itself. In Islands of the Mind: How the Human Imagination Created the Atlantic World, John Gillis outlines a similar metaphor of an ‘earth island’:

‘Without a sense of belonging to the same earth island, globalisation is but an empty promise, more a danger than a solution to the ecological, political, and economic problems that face rich and poor nations alike. The metaphor of earth island offers a framework within which we can stop and think about the challenges that we must confront collectively… The consciousness of ourselves as inhabitants of one vast island or, as the Polynesians understood it, one great sea of islands, is absolutely vital to our common political, economic, and ecological survival’.#

Echoing this, UN Secretary General Kofi Annan said to the UN General Assembly in 1999, speaking specifically about the vulnerabilities islands face regarding climate change and what this can indicate for the rest of the world:

‘Islands are microcosms for our world. We are all inhabitants of the global island, surrounded by the limitless ocean of space. If we can find solutions to the special vulnerabilities of islands, it will help us address more global problems’.#

Island scholars David Chandler and Jonathan Pugh write in Anthropocene Islands: Entangled Worlds that, ‘life itself is seen to work in island ways; where differences make differences and life appears as the interactive power of difference-making, differentiation and individuation’. These thoughts chime with the sentiments of biophilosopher and marine biologist Andreas Weber, who suggests in Matter and Desire: An Erotic Ecology that, ‘our relationships, when they succeed, are constant celebrations of this connection-in-separation. They are examples of this life-instigating dialectic’. In this vein, ‘islandness’ asks us to consider the deeper meanings of otherness and its role in creating enlivening relationships and identities across borders both real and imagined. Our islandness invites us into what the poet David Whyte calls the ‘conversational nature of reality’, traversing the ‘spaces in-between’ so that we might come into connection, remembering, though, that ‘spaces in-between’ are relative. It would not be amiss to say that islands are spaces in-between oceans. In We Are the Ocean, Tongan and Fijian writer and anthropologist Epeli Hau’ofa writes:

‘Just as the sea is an open and ever flowing reality, so should our oceanic identity transcend all forms of insularity, to become one that is openly searching, inventive, and welcoming’.#

Through this perspective, we might learn to see things differently. Tapping into this flow, into this flux, is key if we are to move beyond rigid ‘either/or’ thinking towards a view of the world as an inherently relational place in which the only true constant is change itself. As Chandler and Pugh further point out:

‘[Relation is]… movement itself, living through and with the disturbances and effects – of colonial legacies, island geographies, oceanic currents, changing shorelines, up to and including elemental forces themselves – that are formed and continuously re-formed to make up (island) life’.#

By thinking with the ‘world as archipelago’ metaphor, and with islands and their inhabitants and visitors (not about them), we can explore what kinship means in the context of a divided world, divided, that is, at the socio-political level, not at the physical level. As Gillis highlights:

‘In Western cosmogony water stands for chaos, land for order. Islands are a third kind of place, partaking of both earth and water, something betwixt and between. As liminal places, islands are frequently the location of rites of passage. We do not just think with islands, we use them as thresholds to other worlds and new lives’.#

With that said, we invite you to explore kinship with us in these liminal times, alongside leading artists, scholars and activists, and reconceive relationship in the context of our ancient archipelagic cosmos. We’ll explore questions such as:

KINSHIP: World as Archipelago is a 6-week live online course exploring our relational entanglements and the world as archipelago, starting 31st January, 2023, running Tuesdays 6-8pm GMT. Led and curated by Hannah Close, the course features leading artists, scholars and activists. Each week, the teachers respond to the metaphor, ‘world as archipelago’, from their unique, diverse backgrounds, histories, experiences and fields of expertise. Register to join us in collective inquiry. 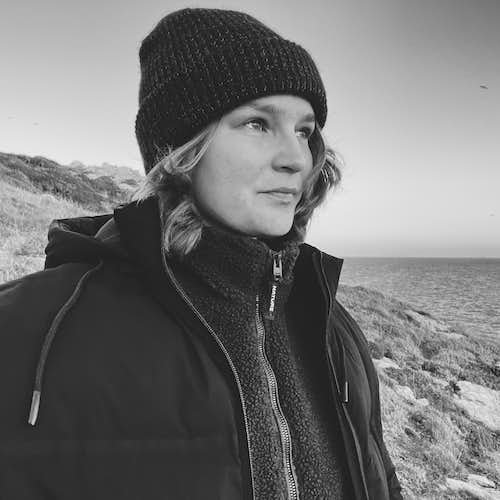 Hannah is a curator, writer, and photographer. She is a curator for Advaya, and is studying Engaged Ecology at Schumacher College. She formerly founded the Experimental Thought Co, a thought community that hosted events on culture change, during which time she curated the Human Nature series. Hannah enjoys hiking and spending time with the ocean. More via hannahlclose.com.