How can we reclaim the apocalypse? — Advaya

How Can We Reclaim the Apocalypse?

Article with Tammy Gan on Sunday 1st May 2022

“We are eroding, we are evolving together.” - Terry Tempest Williams 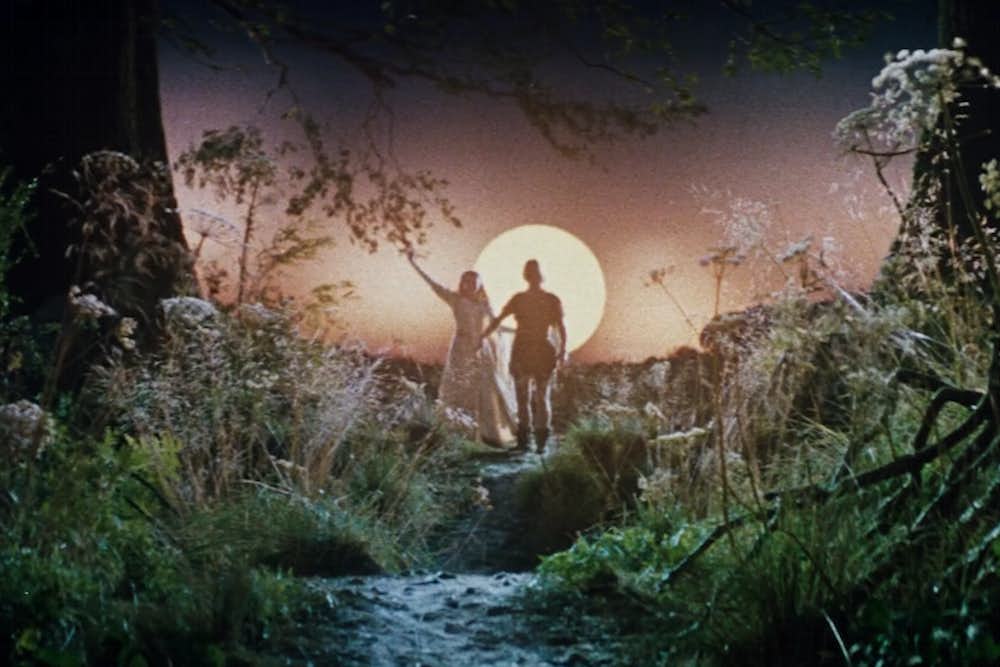 Apocalypse is everywhere in the collective imagination: in recent years, more than ever.

The end of the world has always been deeply pervasive in popular culture. It has been envisioned to be caused by a myriad of reasons, including but not limited to climate disaster and resource depletion, a cosmic reckoning, an astronomical impact event, nuclear holocaust, disease and illness. Whether driven by one human or group’s desire to take over the world, or by the dystopic possibility of robots and machines coming alive, by the almighty forces of nature or those of God(s), by an absurd or sudden unexpected event, by astrological prediction, or by “humanity’s” consumption and hence destruction, the “apocalypse” has never quite left our collective imagination. Over and over again, (most of) these doomsday predictions, of course, turned out to be untrue.

Why are we so enraptured by the idea of apocalypse, and specifically the characterisation of the apocalypse as a cataclysmic boom, as a single earth-shattering, world-breaking event, and as one that harbingers a Darwinian survival-of-the-fittest race within humanity and/or a global population reset where a select group survive (no doubt with eugenic undertones)? In this popular version of the apocalypse, as many will find familiar, the boom signals unforetold suffering and widespread destruction, but with the promise of a paradisiacal future that awaits.

As Maxine Montgomery, author of The Apocalypse in African-American Fiction, notes, “while many white-authored texts have historically viewed apocalypse as a way to escape an irreparably flawed world in favour of a paradisiacal resting place, black apocalyptic texts have often employed tropes of disaster in order to alter the world in an attempt to make it, if not closer to a heavenly ideal, at least a better place to live.” The implications of this are self-explanatory. (In this light, colonial conquest can be viewed as escapism, propelled by the knowledge of abundant, exploitable resources across the sea. This is, of course, mirrored in globalised capitalism’s race to the bottom, extracting country after country for low-cost labour and resources, leaving behind a trail of apocalypses in its wake, forever in search for the next paradisiacal place.)

Not all apocalypses have envisioned apocalypse as the easy way out. Many do not envision the end of the world as a singular event that gives us the privilege of a fresh start, but rather as a series of events, grounded in the struggle for prefiguring a better world. One of the most prolific science fiction authors Octavia Butler is one such author. Collapse, for Octavia Butler, is a slow burn. Emily Kathryn Anderson writes that her “protagonists almost universally recognize and accept the signs of imminent destruction and are able to adapt to what their changing environments require. Through this, Butler implies, the apocalyptic cycle can, perhaps, be interrupted, redirected, or perhaps usurped entirely.” 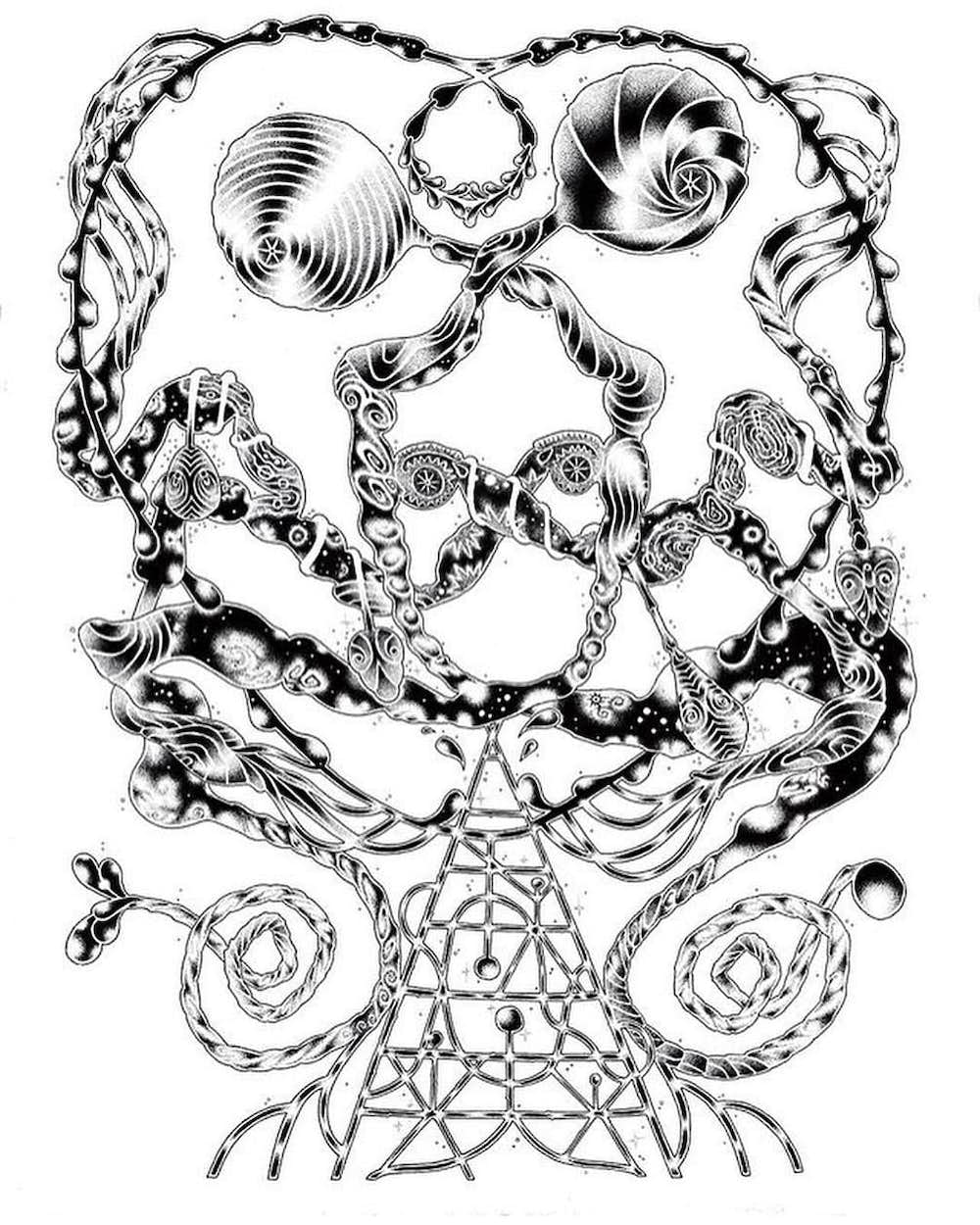 How can we reframe apocalypses as cycles? Stepping outside of linear time allows us to do that: to see that the end of the world is not one event beyond our control, with an inevitable outcome (or worse, one that can wipe out everything that is deemed undesirable and so we do not have to even try), but rather as a series of events that are also signals that we can heed, that afford opportunities for intervention and reconfiguration.

With non-linear time, we can begin to see these apocalyptic cycles: we see that apocalypses have happened and are happening. The historical perspective (the kind that sees history as cyclical and events as part of patterns that repeat themselves) has shown us this. Periods of growth, leading to ecological collapse, leading to periods of reorganisation. We are in a historic cycle of collapse: “we are witnessing,” as independent researcher Zack Walsh shared, “the modern capitalist paradigm collapse under its own weight, after years of deeply unsustainable exponential growth.”

There are others who have been saying this long before modern economists, philosophers, or sociologists. Hindu cosmology, for example, “sees time circling through four great cycles, or yugas, each of which lasts many tens of thousands of years and each of which becomes progressively more fragmented, before the cycle begins again. We are currently living through the last of the cycles, the Kali Yuga, an age of deterioration, decay, greed, and ecological destruction.” Time is not linear in this way of understanding the world: “time is a circle”, as writer Paul Kingsnorth puts it. “Life is endlessly dying and being reborn, there are no beginnings and no ends, and each individual creature, human or otherwise, is a temporary part of a greater unfolding.”

Here it is worth noting the etymology of the word “apocalypse”: from Middle English apocalips, from Latin apocalypsis, from Ancient Greek ἀποκάλυψις (apokálupsis, “revelation”), literally meaning “uncovering”, from ἀπό (apó, “after”) and καλύπτω (kalúptō, “I cover”). With non-linear time we see apocalypse as how the word was intended, as an unfolding, as an uncovering, as a process of erosion. It is less a view of the end of the world and more a view of the end of certain, dominant ways of practice, ways of living. The question is then: can we adapt to the better ways that are emerging?

“It is not a ‘happy ending’ that we need, but a non-ending. That’s why none of the narratives of masculinist, patriarchal apocalypses will do. The System is not closed; the sacred image of the same is not coming. The world is not full.”#

Donna Haraway, The Promises of Monsters

We return here to Octavia Butler’s protagonists in her science fiction, who survive the end of the world by being able to adapt as such. Jim Miller notes that “[Butler offers] a post-apocalyptic hoping informed by the lessons of the past.” “Of central importance,” he adds, “is the notion that ‘God is change,’ which suggests that the point of Earthseed is not to reify some canon of ideas or create a rigid set of rituals, but rather to maintain a radical openness toward others and the world”.

If apocalypses have been happening, then the “lessons of the past” that must inform how we change, and the better ways that are emerging from apocalyptic cycles, can be found in the people who have been experiencing apocalypses. Storyteller and human and environmental rights advocate Ayisha Siddiqa shared that often for oppressed and marginalised peoples, “the climate crisis is not the biggest existential crisis that has hit us. We’ve experienced multiple extinctions, and we’re still here.” She pointed to Indigenous and tribal peoples, “who have been doing this work long before we were alive and long after we’re gone”.

“I had this conversation with my grandmother before she passed, and she was illiterate… She told me that for the longest time, she felt unintelligent, because she could not read or communicate to people through the written word. And then she told me: ‘But you know, it’s not the written word, nor is it intelligence, nor is it even information that can feed your stomach. When the earth stops giving birth to the food, people will come back to us and ask us: How do we plant? And how do we make a life out of the earth and everything that it has? Because they’ve been so removed that they don’t know how to do it.’ And that’s the knowledge of Indigenous people. They will teach us how to survive, when things around us start collapsing.”#

Paul Gilroy, author of The Black Atlantic, asserts that “people of the African Diaspora constitute a cultural vanguard whose history puts them in the best position to negotiate a coming catastrophe … a heritage of slavery proves apocalyptic knowledge”. Secwepemc and St’at’imc writer and filmmaker Julian Brave NoiseCat writes similarly that: “As Native people, we have endured some of the darkest chapters in history and emerged knowing who we are, where we come from, and what we stand for”, adding that “we are a post-apocalyptic people”.

“In our language, Secwepemcstin, the traditional way to say “good morning” is tsecwínucw-k, pronounced “chook-we-nook.” But it doesn’t mean “good morning.” It literally translates to “you survived the night.””#

Apocalypses are not harbingers of the end of the world, but instead of certain ways of living. They are signals to unearth, and uncover, all the embodied knowledge that has been erased, by colonialism, because that is the knowledge that will save us, as Fatima Ibrahim, Co-Executive Director of Green New Deal UK, shared: “every way [of living] that we have buried, delegitimised and excluded is actually what we need to lead into—that means the people who are on the margins.” And so the end of the world is not an excuse to give up, not a wishful reset: it is an urgent call to action, to listen to post-apocalyptic people, to be rooted in the present and the future, over and over again, trying again and again and again.

“The earth remembers everything,
our bodies are the colour of the earth and we are nobodies.
We’ve been born from so many apocalypses, what’s one more?
Love is still the only revenge. It grows each time the earth is set on fire.

But for what it’s worth, I’d do this again.
Gamble on humanity one hundred times over.

Commit to life unto life, as the trees fall and take us with them.

Extracted from ON ANOTHER PANEL ABOUT CLIMATE, THEY ASK ME TO SELL THE FUTURE AND ALL I’VE GOT IS A LOVE POEM, Ayisha Siddiqa

How can we reclaim the apocalypse as generative rather than destructive, fruitful rather than obliterating, in a manner that does not bypass the reality of the multiple crises we are unequally facing? This month, advaya launches our new Spiritual Ecology Study Club, led by Amrita Bhohi. A monthly community space to deepen and develop our perspectives in the work of reuniting people, the living world and the sacred. Find out more here.