Interview with Kumi Naidoo, a Human Rights and Environmental Activist

Interview With Kumi Naidoo, a Human Rights and Environmental Activist

We talk to Kumi Naidoo, a lifelong social change activist, on global solidarity, adopting regenerative approaches within our movements, and rekindling a radical imagination. 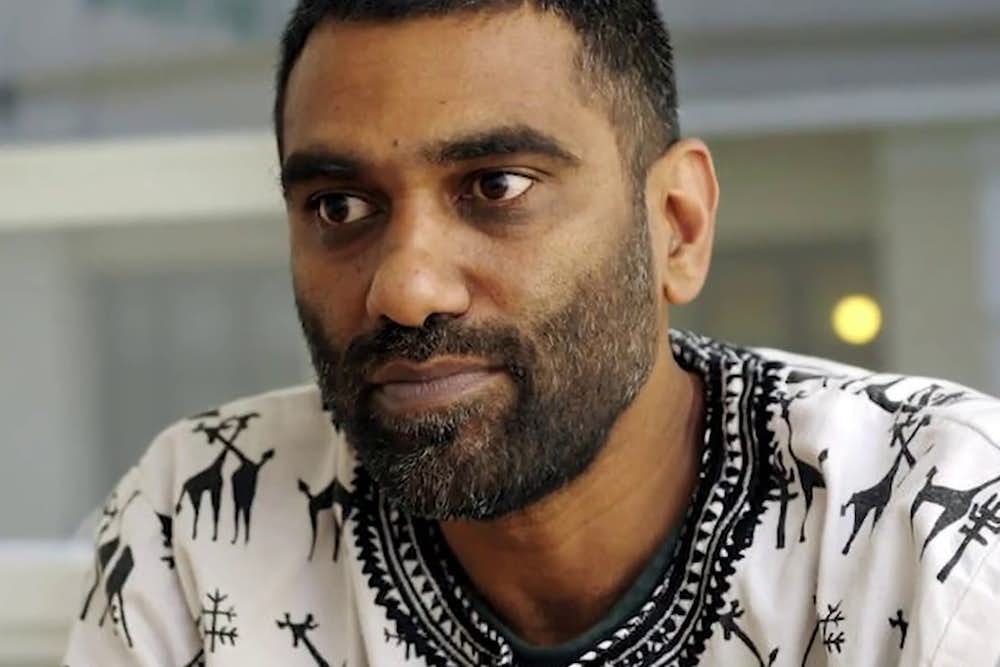 Advaya: Kumi, you joined us last year for Regenerative Activism 2021, in which you shared that “we have huge chunks of the world’s populations excluded from many of what we call “global movements”.” I’d like to open with this and ask: how do we build truly global movements, especially in light of our theme this year ‘Reclaiming the Future’? How do we practice global solidarity moving forward?

KUMI: I’m reminded [of] when I was the head of Greenpeace, and my colleague, Salil Shetty, was then the head of Amnesty: we had a meeting of our management teams, and he said…

So the first thing we have to do, if we’re going to address this, is to recognise that, in fact, all the contradictions of power that exists in global society also manifests itself in global civil society. And therefore, if we are serious about building a different kind of society, and a different set of values, and so on, then we have to be ensuring that we are being the best we can be in addressing the shortcomings, and contradictions that exists in how we exercise power in the present.

The challenge we have to address, if we’re going to build a truly impactful global movement, is to ensure that while our starting point might be a focus on how people are oppressed, marginalised, excluded, and so on, that we still recognise that people still have tremendous agency to shape their own futures and to be participants in creating their own futures. And therefore we have to be creating enabling environments for people to participate in multiple different ways based on their interests, capabilities, constraints, and possibilities.

We also need to turbocharge intersectionality. We find that sometimes even in the same area of struggle, people are not cooperating and uniting as much as is necessary for success. And beyond that, we need to recognise that unless we connect different struggles, against inequality, for climate justice, for gender justice, and so on, we will lose on all of them.

And another challenge we need to recognise is that the cards are stacked against us, in terms of the global communications and media environment. The system makes it very difficult for alternative ideas, different visions of how society can be organised and so on, [to emerge]. And right now, the intensification of the disinformation campaigns that we are seeing [also] constitutes a particular challenge. Unless movements find a way to change the communication landscape, the playing field will always be uneven.

Lastly, we have to give greater participation [to] and [embrace] leadership from people from the Global South. We have to be creating enabling conditions to address this as a critical success factor of building movements that look like the change we want to see in the world. And let me just say…

What is needed now is political will, on the part of all of us, who have the power to actually make our movements look like what the world looks like.#

Advaya: Last year, you also shared that: we “have to be brutally honest with our own shortcomings, not simply for the sake of being critical, but for the sake of us building something more beautiful, better, more impactful, more unifying, and ultimately more inclusive”. In this spirit, and in a world where, as you also pointed out last year, NGOs are taking up too much space, how do we regeneratively make space for what needs to emerge? How do NGOs, organisations and individuals who take up too much space adopt a regenerative approach to self-criticism and radical honesty towards more inclusive movements?

KUMI: Humanity has entered its most consequential decade in its history. What we do in the next 10 years will determine what kind of future we have, or whether in fact, our children in the long term, will have a future at all.

Therefore, this moment, calls for us to, for example, remember the words of Albert Einstein when he said the definition of insanity is doing the same thing over and over again expecting to get different results, as well as to remember the words of the anticolonial leader from West Africa, Amílcar Cabral, when he said, to be a good freedom fighter, you should tell no lies and claim no easy victories. So yes, honesty is critically important at this moment, when we are facing such a major existential crisis that the climate reality presents, and deepening inequality and conflict, we cannot continue as business as usual.

But beyond honesty, good intentions do not amount to successful efforts. As we’ve seen, many international NGOs have made much effort trying to balance power between the Global North and Global South, and they’ve not succeeded in doing that sufficiently. These organisations’ structures, and so on, reflect a very uncomfortable reality of structural racism. We have to be better than this: we have to change. And it’s not simply about periodically bringing somebody from the Global South and plugging them on the top and hoping that that solves the problem.

One of the biggest challenges for activism right now is that so much of what we call activism is actually very much rooted within the system.#

If you look at what constitutes the bulk of what we call civil society, in most countries, they are all governed within charity legislation or nonprofit legislation. These are things that the state knows are within the realms of manageability. When people are setting up organisations to provide services to people in need, and in a way helping take pressure off government, governments can live with that.

But when people start asking for fundamental structural and systemic changes, then governments get anxious. And when you get locked into trying to [change] a system that was never designed… We often say the system’s “not working”: the energy system, the economic system, and so on, but actually, the systems are working exactly as it was designed, to benefit the few at the expense of the majority. To pin all our hopes and our dreams for a different future, [on] trying to get a broken system to deliver optimally, is a risky path that we have been on, [one that] clearly has not delivered the results that we need.

There’s a challenge therefore, to ensure that we are creating a different sense of respect for agency. What I mean by this is because a lot of activism starts from the point of how people are excluded, marginalised, oppressed, repressed, and so on, and of course, that makes sense to do; however, sometimes unwittingly, we end up only looking at what these processes of exclusion have taken away from people, [while] insufficiently recogni[sing] that—not withstanding that what people have experienced—people still have enormous amounts of agency, creativity, capability… if we create the kind of enabling conditions that ensure that people are able to participate on their own terms.

So when we create organisations where even our members and volunteers are dependent on getting directions from a central office, for example, and don’t feel empowered to take action on their own when the situation calls for it, that obviously [becomes] a problem that needs to be fixed. But more importantly, we need to look at creating multiple pathways for people to participate. That especially is critically important right now, especially if we think about the [way] the pessimissim of analysis [can] be overcome by the optimism of action.

We must be willing to reorganize, reimagine re-vision, break down what exists, build what’s new, and so on.#

And that’s the mentality that we need right now. Not one of, let’s just protect and maintain what exists. Because what exists has not delivered what is needed. And if what is needed is about human survival, then we must have the courage and the imagination to reorganize the activist landscape.

Advaya: Thus far we’ve been talking about transformative action, which is one half of Regenerative Activism this year. The other half has to do with rekindling the radical imagination. In building truly global movements, why do you think it’s important to build a radically different imagination? And what do you think that looks like?

KUMI: One of the things that is most missing at the moment, is a deep sense of radical imagination. Martin Luther King, speaking in 1965, said that, “My friends as I come to the end of my speech, I want to note that in the field of modern child psychology, there’s a very dominant term called ‘maladjusted’. Now, all of us want to live a well-adjusted life and not suffer from schizophrenia or other mental illnesses. But my friends, I say to you that certain things in a world that are so unjust and immoral, that good decent people should refuse to adjust to.” And he goes on to say, “I never intend to adjust myself to religious bigotry, racial prejudice”, and on the economy he said, “I never intended to adjust myself to economic conditions that would take necessities from the many to give luxuries to the few. Millions of God’s children are smothering in an airtight cage of poverty in an affluent society.”

In a longer version of the speech, he goes on to say “I now call upon decent men and women around the world to come together to set up a new global movement to be known as the International Association for the Advancement of Creative Maladjustment.” I want to suggest that that’s what is needed today. Sadly, that movement was never set up. We need a sense of creative maladjustment, we need a sense that recognises that the norm, the status quo is fundamentally broken, that it cannot really be amended—it needs to be fundamentally transformed.

But the way we do this transformation and work for it, which is critically necessary for the survival of humanity on this planet, needs to be done with inclusivity, compassion and so on. And therefore, a critical success factor moving forward is to create multiple ways that people can participate, whether they’re artists, bricklayers, teachers, librarians, drivers—irrespective of people’s professions, or work, or age and so on. We need to create enabling conditions for people to participate on a scale that that we’ve never seen before on this planet.

Unless we are able to do that, the prospects for us to turn the climate crisis around looks more and more bleak. And therefore, activism has no option right now. Those who believe in climate justice will have to push those organizations that have been dragging the feet for far too long, to move at a much faster pace than they’ve been willing to move, and to create conditions for new voices and ideas, and different ways of working to emerge.

Now’s the time for us to do everything that’s possible to focus less on building bureaucratic movements, [rather] to [build] decentralised, light-footed, flexible movements, that can actually mobilise people quickly to push for demands, but also start building the alternatives from below, to put pressure on those at the top to start following the lead of people designing the kind of future that they want.#

This is not easy, but it is within the domain of our capability and of the creativity of the human spirit, [which] I have seen everywhere in the world that I’ve been to. 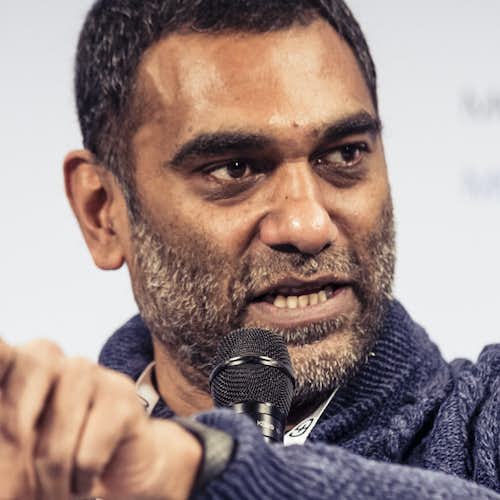 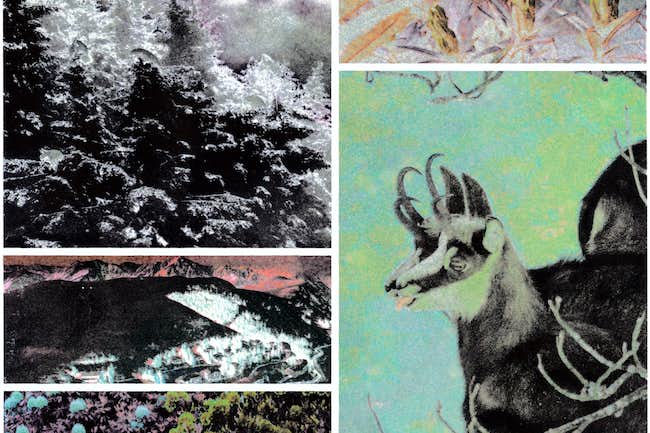 The Mundus Imaginalis Is Real—but How Do We Access It With the Modern Mind? 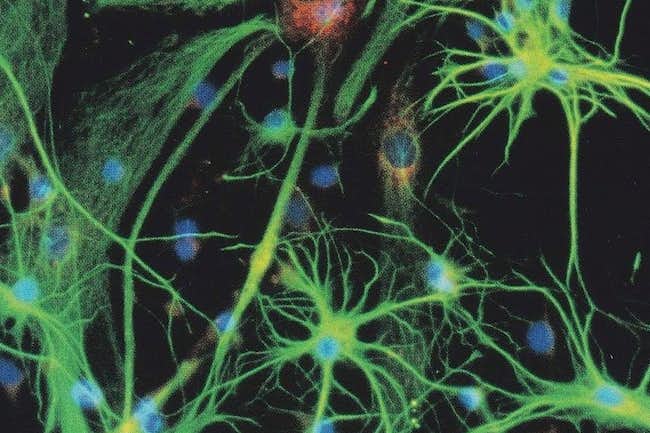 Where Does the “Self” End? 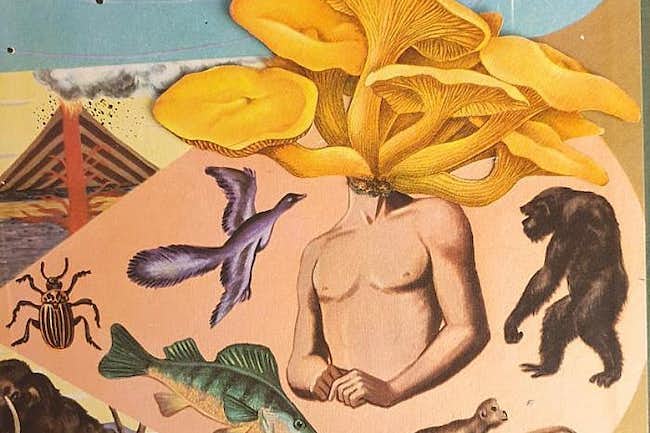