To build and sustain powerful and effective movements, we need to reclaim the radical imagination and ignite transformative ambition. But how? 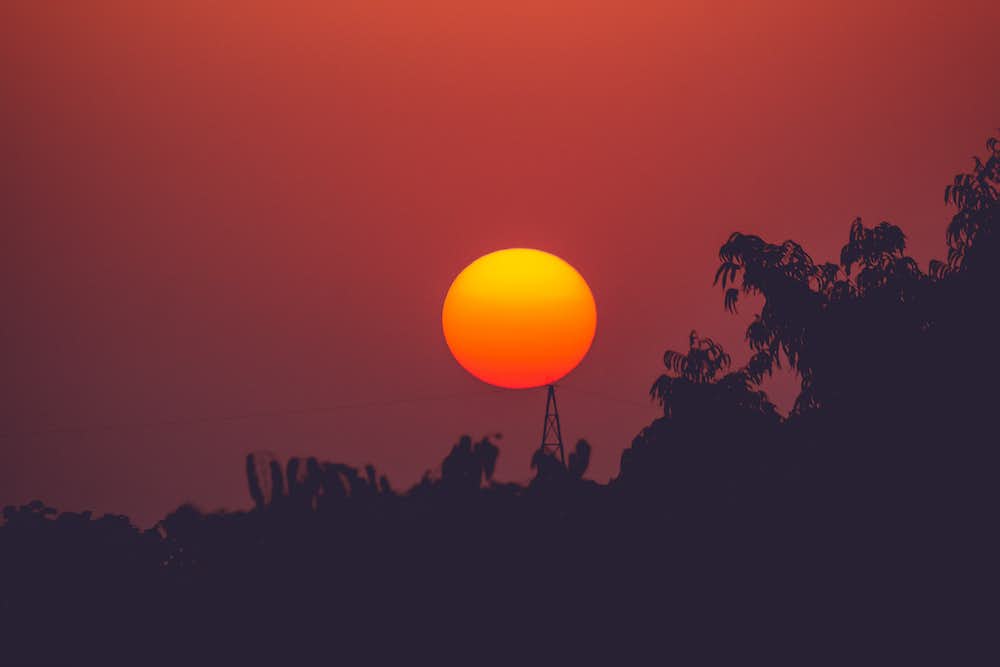 We so desperately need to reclaim our imagination. We are still living in a crisis of imagination now: which is not to say that our ability has been “lost”, but rather to say that it has been inhibited, untrained, and certainly, altogether untapped.

What is the radical imagination? Max Haiven, author of The Radical Imagination: Social Movement Research in the Age of Austerity, posits that, as a nod to the French Greek philosopher Cornelius Castoriadis, the radical imagination is a “magma, sort of like lava that is flowing underneath the surface of the earth.” Perhaps it can be thought of as such: a palpitating force that is flowing beneath us all, that connects us like the rivers that run across our earth, waiting for us to awaken to its strength.

Haiven says that “radical imagination isn’t something that individuals have, but something that people do together.” It’s when “people come together and say, “This isn’t right. The system we live in doesn’t value the things that we value” - … when people come together and insist that they wish to live by a different set of values … we say that the imagination sparks into existence. And that spark can then sometimes spread into an enduring fire that can carry movements forward.”

We must begin by reclaiming and cultivating our imaginative abilities. We can rekindle a radical imagination, and we can imagine a world beyond capitalism, injustice and collapse, a world in which all of us can flourish—and we can do so without resurrecting the anthropocentric progress myths that have underpinned the ecological crisis we face today. We can do so by learning from those who came before, entire lineages and histories of social movements that were and are imagining beyond.

We see and feel the radical imagination coming through the cracks, but today many of us are ensnared by the colonial imagination. We are familiar with the violent limits of the colonial imagination: one that begins with, as Haiven says, this story that you can “categorise human difference by race, and that race is a physiological fact, a genotypical fact, that has something to do with people’s capacities”. This intangible belief has woven its way into our very real structures of racial capitalism.

And racial capitalism is but one part of the picture: the colonial imagination has taken other tangible forms, such as white supremacy culture and neoliberalism. Along with impoverishing our lands, these intertwined forces have impoverished our minds, our capacities, and our potentials: we are beguiled by the spell of “no alternative”, which is the default setting upon which we are operating.

If the radical imagination is emerging amidst the rubble of the apocalypse the colonial imagination has brought to bear, then rekindling the radical imagination is a decolonial process. As Walter Mignolo and Catherine Walsh write in On Decoloniality: “Decoloniality denotes ways of thinking, knowing, being, and doing that began with, but also precede, the colonial enterprise and invasion. It implies the recognition and undoing of the hierarchical structures of race, gender, heteropatriarchy, and class that continue to control life, knowledge, spirituality, and thought, structures that are clearly intertwined with and constitutive of global capitalism and Western modernity.”

“[D]ecoloniality seeks to make visible, open up, and advance radically distinct perspectives and positionalities that displace Western rationality as the only framework and possibility of existence, analysis, and thought.” In this way, practising decoloniality is building and acting on the radical imagination. Decolonial movements: anti-imperial struggles, historical Third-World solidarities, Indigenous, Black, working-class communities (a non-comprehensive list) have always been seeing beyond capitalism—so the radical imagination has never been “lost”, and we have manifold lineages to look towards for guidance.

Imagination is something that we do. Haiven, of course, isn’t the only one who has said this. Leanne Betasamosake Simpson said, “We cannot just think, write or imagine our way to a decolonized future.” From decolonial movements this is clear: radical imagination comes from embodied knowledge.

On this, Mignolo and Walsh write: “Theory—as knowledge—derives from and is formed, molded, and shaped in and by actors, histories, territories, and place that, whether recognized or not, are marked by the colonial horizon of modernity, and by the racialized, classed, gendered, heteronormativized, and Western-Euro-U.S.-centric systems of power, knowledge, being, civilization, and life that such horizon has constructed and perpetuated.”

Perhaps there is also room here to recontextualise what “imagination” entails. It is as much thinking as it is doing, as much theory as it is praxis, but “imagination” on its own, in its common, popular understanding, does not quite encapsulate that entirely.

David Abram once said that “imagination is not a separate mental faculty (as we so often assume) but is rather the way the senses themselves have of throwing themselves beyond what is immediately given”. Cassie Robinson has put together the unlikely pairing of “Imagination Infrastructure”—with, as Olivia Oldham then builds upon by writing, “the former [implying] a latitude of thought, a certain airiness and creativity, and the ability to reach beyond the bounds of the physical and spatial realities of the world; the latter, on the other hand, [implying] solidity, functionality, and the banality that often comes with those necessary matters of everyday life often remain unseen, unnoticed, unthought of.” Annika Hansteen-Izora has articulated what they call “communal dreaming”, which they conceptualise as “deep work that involves daily practice”. They remind us that, as Gloria Steinmen once said, “Dreaming, after all, is a form of planning.”

If imagination is a spark, visions are fire: they are the planning and the infrastructuring, the more concrete and more complete, the kinds of fires that may flicker but not extinguish. Across contemporary social movements we often encounter the sense of a lack of vision and coherent theories of change. But without visioning, our movements cannot act on our collective imaginations.

Visions are tricky: the world we live in and the crises ongoing are, to some extent, a result of the failures of utopian vision, of old grand narratives and monumental promises, of enticing, but ultimately destructive and dictatorial, ideologies. Undoubtedly, we’re much better off without these forms of visions. But without visions, our movements do not move. Learning to act with a sense of direction, guiding us towards the futures we want, is essential.

Otherwise, we might merely be addressing immediate needs and firefighting oppressions in the moment. We cannot be caught being reactive: our movements can and must be more long-sighted. As Enrique Dussel says: “the path cannot be made without points of reference that permit one to traverse topographies and labyrinths unknown. One needs a compass and to know in which direction to walk”. Visionaries are the ones who hold the compass, the torch, the ones who preserve the flame that would otherwise die out.

Strategies and pathways to change

With visions laid out, however, we cannot forget that the pathway to change is not linear. We must embrace the complex nature of social change, and understand that we need a multiplicity of strategies, to meet the challenges of socio-political complexity and volatility. We need many strategic experiments happening simultaneously, shaped by diverse contexts, addressing diverse issues, and providing diverse experiential learning to enrich our movements.

A singular plan harkens back to the time of grand narratives. We live in a time where many movements are happening simultaneously, and instead of factionalism, which drains energy and compounds internal conflicts and fragmentation, we can embrace the multiplicity of pathways, especially if the other end of the spectrum is a harmonious, but homogenous movement. There is a way forward that embraces synergy amidst diversity, that finds strength in (generative) conflict. “All of the above” brings greater adaptivity and responsiveness, creativity and generativeness to our movements, rather than incoherence and polarisation.

All three elements, integrated and synthesised, bring us from the spark of a radical imagination to truly transformative action. With these, we can constitute the power we need to challenge underlying structural injustice, and we can build the interconnected movements we need to tackle the interlocking systems of oppression. Transformative action is within our reach: we can make it happen.

Transformative action is within our reach: we can make it happen.

At this time, where the need for deep transformative action is so crucial, can we catalyse a new radical imagination to guide us? Can our movements reconstitute the ambition and confidence we need to envision futures in which we could conceivably flourish together? Do we want to? Can we finally escape the spell of ‘no alternative’ and reclaim a sense of our potential that refuses the impoverished views of self and society neoliberalism have embedded in our hearts and minds? Can we reclaim our future?

Regenerative Activism, a collaborative project between Advaya, Ulex Project, and Gita Parihar, is back for its fifth iteration. Join us as we explore our ambition for transformative action and the radical imagination. 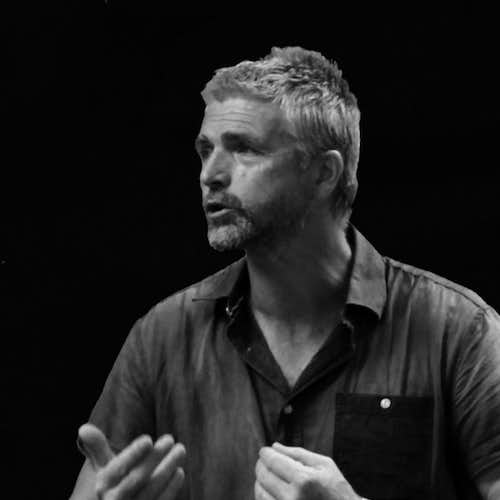 Guhyapati has been spearheading a pioneering Eco-Dharma community in the Pyrenees for many years, and wants to see some of the principles of that movement brought to bear in our own lives of practice, giving rise to new projects that will re-shape the personal, economic, political and ecological landscape of the 21st Century.