Buddhists Must Awaken to the Ecological Crisis — Advaya

Buddhists Must Awaken to the Ecological Crisis

Buddhists, says David Loy, have often been slow to open their eyes to the problem of climate change. He examines key Buddhist teachings to try to understand why. 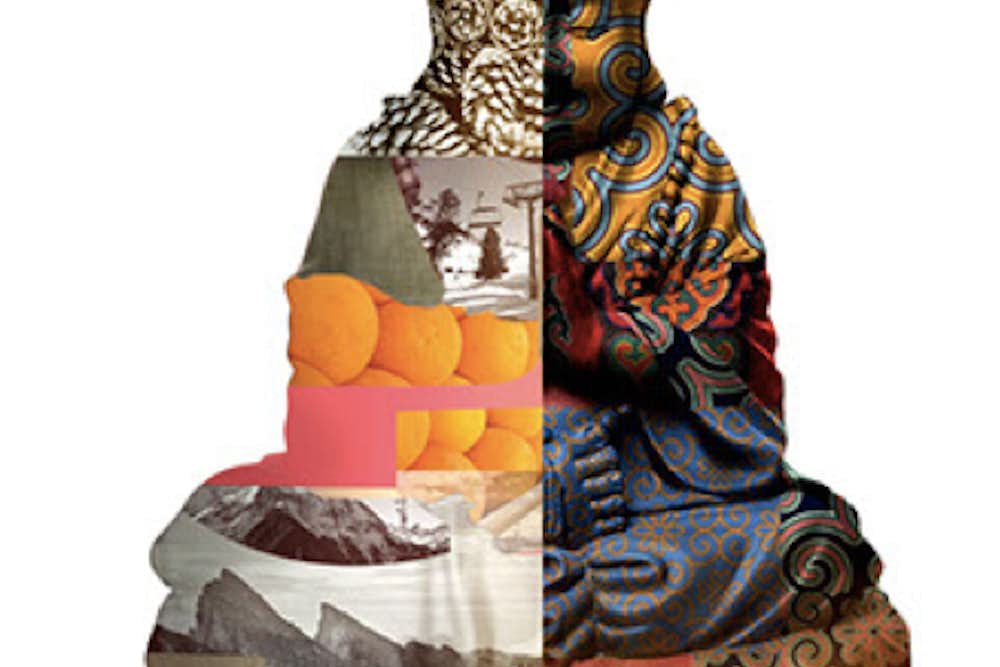 This article was originally published in Buddhadharma: The Practitioner’s Quarterly and featured on lionsroar.com.

Interest in eco-dharma—the ecological implications of Buddhist teachings—is finally growing after years of apparent indifference and little conversation about it in Buddhist sanghas. The environmental crisis has been headline news since at least 1992, when the first President Bush attended the Earth Summit in Rio de Janeiro and famously declared that “ the American way of life is not negotiable.” So why has it taken so long for Buddhists to wake up to the greatest challenge that humanity has ever faced? I wonder if this hesitant response points to a deep-rooted ambiguity within Buddhism itself, one that urgently needs to be clarified: Is the goal of our practices to escape this world or to harmonize with it? Or something else?

Indifference to eco-dharma seems to be reflective of a larger problem with socially engaged Buddhism in the West. Many American Buddhists nowaccept that service, such as teaching dharma in prisons, hospice work, and helping the homeless, can be an important part of one’s path. In other words, we are getting better at pulling drowning people out of the river, but we are not much better at asking why there are so many more people caught in the river. Who or what is pushing them in upstream? When we dare to ask why so many are homeless in the wealthiest country in history, or why so many languish in prisons, we are dismissed as radicals or leftists.“ These concerns,” goes the common response, “have nothing to do with Buddhism.”

Does the ecological crisis also have nothing to do with Buddhism? Or is the disconnect due to our misunderstanding of Buddhism? The philosopher Slavoj Zizek has argued that this disconnect applies generally to Western Buddhism, which “enables you to fully participate in the frantic pace of the capitalist game while sustaining the perception that you are not really in it; that you are well aware of how worthless this spectacle is; and that what really matters to you is the peace of the inner self to which you know you can always withdraw.” His point has some validity.

When it comes to the challenge of climate change, Buddhist and non-Buddhists alike tend to focus on personal lifestyle changes such as electric cars, solar panels on roofs, and eating less meat. Although these are important, they are not sufficient responses to our increasingly urgent situation. As Bill McKibben, the founder of 350.org, wrote in an Orion article, if 10 or even 15 percent of us do everything we can to reduce our own carbon footprint, “the trajectory of our horror remains about the same.” Yet, he adds, if even 10 percent of us also work all out to change the system, that will be more than enough. The problem is not only personal but structural: the way our present economic and political institutions continue to favor fossil fuels and encourage consumerism generally.

But institutional issues are intimidating. What can you or I do about the fossil fuel industry or “too big to fail” banks and investment firms? We are tempted to deny or ignore those aspects of our situation, despite the fact that Buddhist teachings urge us to face our suffering rather than try to evade it.

Is there something else in those teachings that encourages us not to botherwith ecological engagement? If so, perhaps the eco-crisis is also a Buddhist crisis, in that it calls upon our traditions to clarify their basic teachings in order to better address something that threatens the future of all of us.

Does modern Buddhism itself need to wake up?#

Buddhism is the path of awakening, but what does awakening mean? Different Buddhist traditions seem to understand it differently, or at least emphasize different aspects of it. In the Pali canon, the earliest texts we have, nibbana signifies the end of rebirth into samsara, thereby the liberation from this world of suffering, craving, and delusion. Insofar as we escape it individually, one by one, ultimately my well-being is distinct from your well-being. Yes, I hope that you will awaken too, but nevertheless my enlightenment is separate from yours. Such a dualistic understanding of the Buddhist path does not invite us to engage with ecological and social problems. Rather, it can encourage a belief that we should not waste our time trying to reform this unsatisfactory world; instead, we should concentrate on transcending it.

The Heart Sutra asserts that forms are empty, yet it immediately adds that emptiness is not other than forms. And forms—including the living beings and ecosystems of this world—suffer.

How literally should we take “the end of rebirth” ? Nagarjuna, founder of the Madhyamaka school, famously declared that “ there is no distinction at all between samsara and nirvana.... The limit of nirvana is the limit of everyday life.” In other words, there’s only this world, but there are different ways of experiencing it. So the Mahayana tradition emphasizes that enlightenment involves realizing the “emptiness” (shunyata) of things, including ourselves. Depending on how we understand this, however, our view of emptiness can also discourage social or ecological concern.

Joanna Macy’s contribution to A Buddhist Response to the Climate Emergency focuses on some “ spiritual traps” that can hinder us from engaging with the world. The first is any view that devalues the world incomparison with some “ higher” spiritual reality. Macy criticizes the view that the phenomenal world is merely an illusion: “Impermanent and made of matter, it is less worthy than a realm of pure spirit. Its pain and its demands on us are less real than the pleasures or tranquility we can find in transcending them.” To see the phenomenal world only as an illusion is to dwell in an emptiness that is disengaged from the forms of this world.“ According to this view,” says Macy,“ freedom from suffering is attained by nonattachment to the fate of all beings, rather than nonattachment to matters of the ego.” But the Buddha did not teach that nonattachment means indifference to what is happening in the world, to the world. The Heart Sutraasserts that forms are empty, yet it immediately adds that emptiness is not other than forms. And forms—including the living beings and ecosystems of this world—suffer.

Other spiritual traps are more worldly. Since many modern Buddhists aren’t attracted by the traditional Asian goal of ending rebirth, the path is sometimes understood as a program of psychological development to help us let go of afflictive emotions and resolve personal problems. Today, innovative types of Buddhist-inspired psychotherapy are providing new perspectives on psychological well-being and practices that promote it by reducing the three poisons—greed, ill will, and delusion—right here and now. There is much to appreciate about this new development, which is reducing dukkha. Nevertheless, there is a difficulty if one believes that all problems are due to the way the mind works; the solution, then, is simply to change the mind rather than change the system.

While much of traditional Buddhism is concerned about transcending (in one way or another) this unsatisfactory world, much of modern Buddhism is about adapting to it better. In the first case, this world is the problem because it is a place of suffering, while in the other, one’s mind is the problem. These are differing perspectives on the path, but they can both have the effect of devaluing social and ecological engagement. In different ways, each is resigned to the way this world is—or seems to be—and therefore is not concerned about reforming it.

It is not surprising, then, that both perspectives offer the same “solution” to the ecological crisis. When our attention is drawn to what is happening—to the fact that our ecosystems are deteriorating quickly and our collective response to this situation remains woefully inadequate—we can sit on our cushions and meditate, or perhaps chant, and after a while we feel better because we have “let go” of our dis-ease about what is happening to the earth.

Fortunately, there is another way to understand the Buddhist path: that it is about deconstructing and reconstructing the self—or, better, the relationship between one’s sense of self and the world. Reconstruction involves changing our motivations, which is the key to understanding the Buddha’s innovative teaching on karma; he emphasized intentions because problems naturally result when we are motivated by greed, ill will, and delusion.

Yet transforming motivations is not sufficient—the root of our problems is a sense of self that needs to be deconstructed. Because the self is a psychological and social construct, a cluster of impermanent processes, it is inherently insecure and anxious insofar as it feels separate from the rest of the world. We usually experience this insecurity as a sense of lack, which nothing external can ever satisfy. Meditation practices can resolve this deep feeling that “something is wrong with me” by revealing our interconnectedness with the world.

These transformations do not involve transcending this world but rathercoming to experience it in a different way, just as Nagarjuna’s assertion implies. There is another important implication, which brings us back to the challenge of social and ecological engagement. As we begin to awaken and realize that we are not separate from each other or from the earth, we also begin to see that the ways we live together and relate to our environment also need to be reconstructed in order to become more sustainable and socially just.

Buddhism provides a wonderful archetype that can bring individual and social transformation together: the bodhisattva. Bodhisattvas have a double practice—as they deconstruct and reconstruct themselves, they also work for social and ecological change. Actually, these are two sides of the samepractice. As we start to see through the delusion of our separateness, our deep-rooted, self-preoccupied habits don’t suddenly disappear. We need to develop less self-centered and more compassionate ways of living in the world, but how do we do that? By devoting ourselves to the well-being of others, including the health of the earth’s ecosystems. Such concerns are not distractions from our personal practice but deeper manifestations of it.

Bodhisattvas are able to act in the world with equanimity because they are unattached to the fruits of their actions, which is not the same as detachment from the state of the world. Nonattachment is essential in the face of the inevitable setbacks and frustrations that activism involves, but it does not mean that one is unconcerned about the results of one’s efforts. Given the urgency of the challenges, we work as hard as we can. When our efforts do not bear fruit in the ways that we hoped, we naturally feel some disappointment, but we do not remain stuck there. Nonattachment lets us move forward in the face of despair.

Will our efforts be in vain? Have we already passed ecological tipping-points? We don’t know, yet rather than being overwhelmed by the unknown, bodhisattvas embrace “don’t know mind,” because the task of the bodhisattva is to do the best one can without knowing what the consequences will be.

Given the urgency of the ecological and social challenges that face us today, are we not all called upon to become bodhisattvas?

This article was originally published in Buddhadharma: The Practitioner’s Quarterly and featured on lionsroar.com. 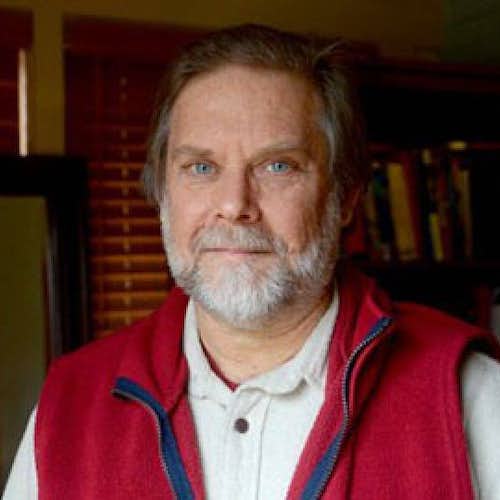 David Loy is a professor, writer and Zen teacher in the Sanbo Kyodan tradition of Japanese Zen Buddhism. 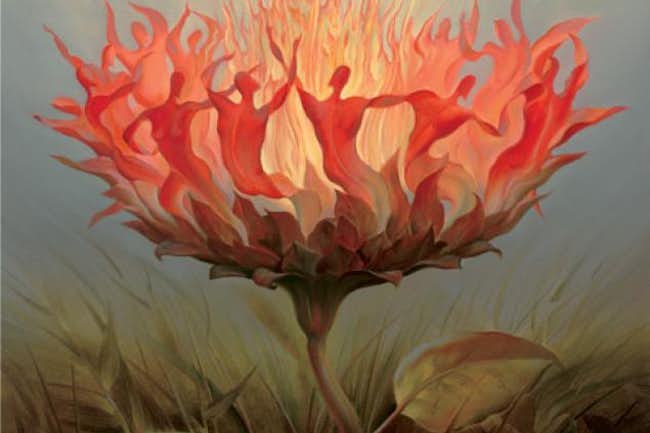 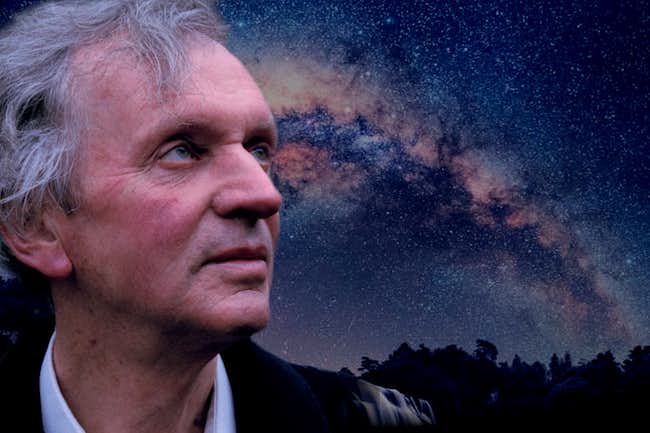 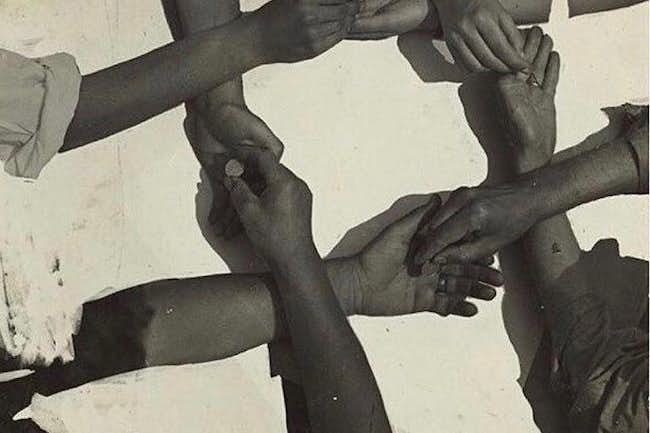 An Invitation to Stay With the Trouble