Dr James Mallinson explores the tantric Buddhist roots of hatha yoga and reveals how, even in its earliest iterations, the practice of it was considered advantageous for everyone, regardless of religious affiliation or philosophical belief. 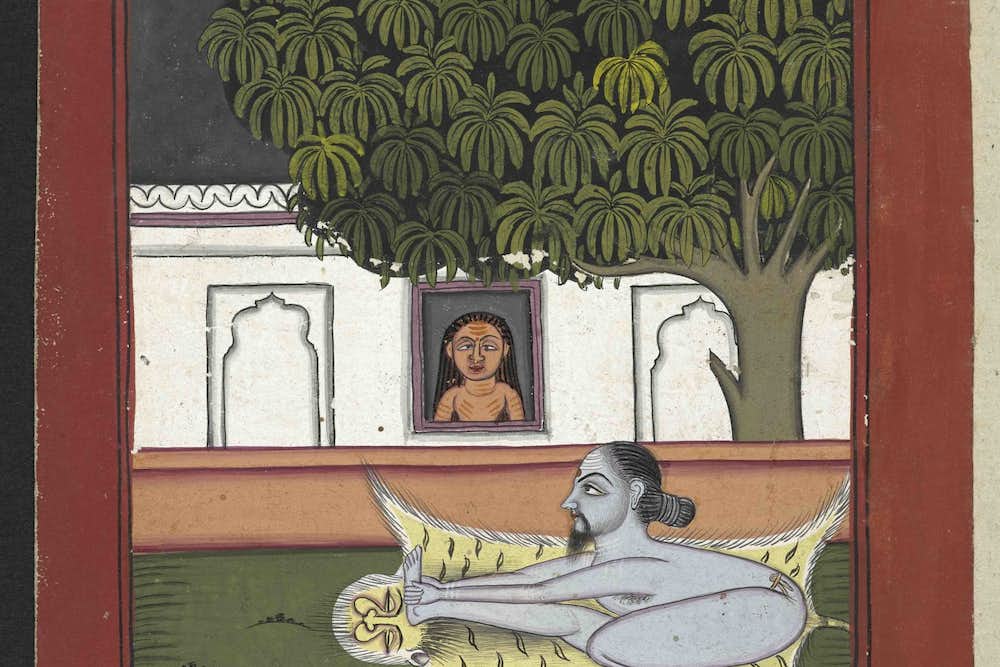 My engagement with India’s religious traditions has been on various levels, but at the moment it is primarily as a historian of yoga. Historians often seek to identify the origins of their subjects, yet identifying the origins of an ancient tradition such as yoga is impossible as we have so few sources for its early history. Similarly, as historical records, Indian religious texts must always be approached critically; often they describe how their authors would like things to be rather than how they are. Furthermore, they usually seek to hide any originality by framing their teachings as the words of a deity or ancient sage. In spite of these limitations, however, we can still learn a great deal about the history of yoga from its textual sources.

I am currently leading a five-year research project based at SOAS, which physical methods predominate. Our primary methods are twofold: ethnography, i.e. fieldwork amongst traditional ascetic practitioners of yoga today, and philology, i.e. the study of yoga’s textual sources. We have identified ten texts as marking key milestones published or translated before, and we are editing them from manuscript sources.

In keeping with the ‘origins’ theme of this issue of Advaya, I shall mention here a few interesting features of the oldest of the texts to be edited in the project. The text is called the Amṛtasiddhi, which means something like ‘The Attainment of the Nectar of Immortality’. It is an important work for many reasons, but primarily because it is the first to teach many of the central practices and principles of haṭha yoga, all of which are then repeated in sundry later works. The practices are physical techniques called mahāmudrā, ‘the great seal’, mahābandha, ‘the great lock’, and mahāvedha, ‘the great piercing’. The principles include the notion that the vital essence of the body is produced in the skull from where it is constantly dripping down, as a result of which the body grows old and dies. The techniques taught in the text make the breath enter the base of the body’s central channel and rise upwards, thereby forcing the vital essence to return to its source and stay there. This stills the mind and brings about liberation in an immortal body (which may subsequently be cast off in order to achieve permanent bodiless liberation). Also taught in the text are descriptions of the four grades of practitioner and the four stages of practice.

I first read the Amṛtasiddhi about ten years ago, in an 18th-century manuscript from the Man Singh Pustak Prakash library in the Mehrangarh Fort, Jodhpur. As I read it, I slowly realised that its yoga teachings present a coherent whole, unlike the convoluted systems found in many later haṭha yoga works, which often conflate two or more yogic paradigms. Thus the relatively simple principle of manipulating the breath and vital energies in order to still the mind and attain liberation is, in subsequent texts, overlaid with complex visualisations of Kuṇḍalinī and the chakras first taught in Kaula tantric texts.

The Amṛtasiddhi, as presented in the Jodhpur manuscript, seemed to be a Śaiva work, i.e. Śiva is said to be the most important of the gods and the teachings are aimed at his devotees. Then a couple of years ago, thanks to the kindness of two US-based professors, Leonard van der Kuijp at Harvard and Kurtis Schaeffer, at the University of Virginia, I obtained scans of a different manuscript of the text, one that had been intriguing me ever since I first read about it in an article by Professor Schaeffer. This manuscript is of great interest in itself, since, unlike any other, it includes the Sanskrit text in both Indian and Tibetan alphabets, and a translation of it into the Tibetan language. At the manuscript’s end we read that it was copied in 1159 CE, and also that the author of the Tibetan translation was a scholar known to have flourished towards the end of the 11th century CE. The manuscript thus allows us to say that the text itself was composed in the second half of the 11th-century, at the latest.

This manuscript is far older than any other manuscript of a haṭha yoga text known to me (manuscripts last longer in the dry conditions of Tibet than in humid India). But its age and its usefulness in dating the text are not its only interesting features. Over the last few months I have been reading it together with a group of scholars in Oxford. In the course of reading the manuscript we have come to the realisation that it was composed by an ascetic Tantric Buddhist tradition. Various words and concepts in the text that were obscure to me have been identified by my colleague Dr Péter-Dániel Szántó as characteristic of Tantric Buddhism. Some were also obscure to the scribes of the later manuscripts of the text, so they reinterpreted them. Other verses in the text include teachings that are obviously Buddhist, but which have been reworked in later manuscripts in order to obscure their origins. Thus a verse which refers to the four elements has had the word ‘four’ removed, because in non-Buddhist Indian traditions there are five elements. There are many such examples. Perhaps the most striking is the opening verse of the Sanskrit/Tibetan manuscript, which is not found in the later Indian manuscripts and is in praise of the goddess Chinnamastā, ‘She whose head has been cut off’, who at the time of the text’s composition was only worshipped in Buddhist circles.

One of the first major findings of my project, then, is that the earliest text to teach physical yoga is Buddhist. But that does not mean that physical yoga originated among Buddhists. Far from it – the Buddha himself is said to have tried such practices and rejected them as being ultimately futile. What I think it means is that it was a Tantric Buddhist ascetic sect that was the first among many groups of yogis to codify physical yoga methods, which previously had been passed on only orally. Over the subsequent centuries, texts on physical yoga were produced by a wide variety of other traditions (all of whom would now be called ‘Hindu’). Because the Buddhist authors of the Amṛtasiddhi were the first to write down their teachings, the later texts all use at least some of its terminology.

Furthermore,the texts themselves are evidence of a revolution in yoga practice. They all wear their sectarian allegiances very lightly, and almost all of them teach that anyone may practise their techniques – no longer must one be initiated into a particular sect. The Amṛtasiddhi says that its yoga may be practised by householders and ascetics, while the Yoga Treatise of Dattātreya expands on this by saying that Brahmins, householders, ascetics, Buddhists, Jains, Skull-Bearing Tantrics and even atheists may benefit from yoga as long as they practise assiduously. This, for me, has been one of the most important revelations of my study of yoga’s history: that we cannot attribute its origins to any single sect or tradition, and that its practices are advantageous for everyone, regardless of religious affiliation or philosophical belief.