Back to the Roots with Louis Masai — Advaya

Back to the Roots With Louis Masai

Augusta Bruce sits down with mural artist, Louis Masai, to discuss endangered species, 1970s wardrobes and the urgent need for us to collect our consciousness. 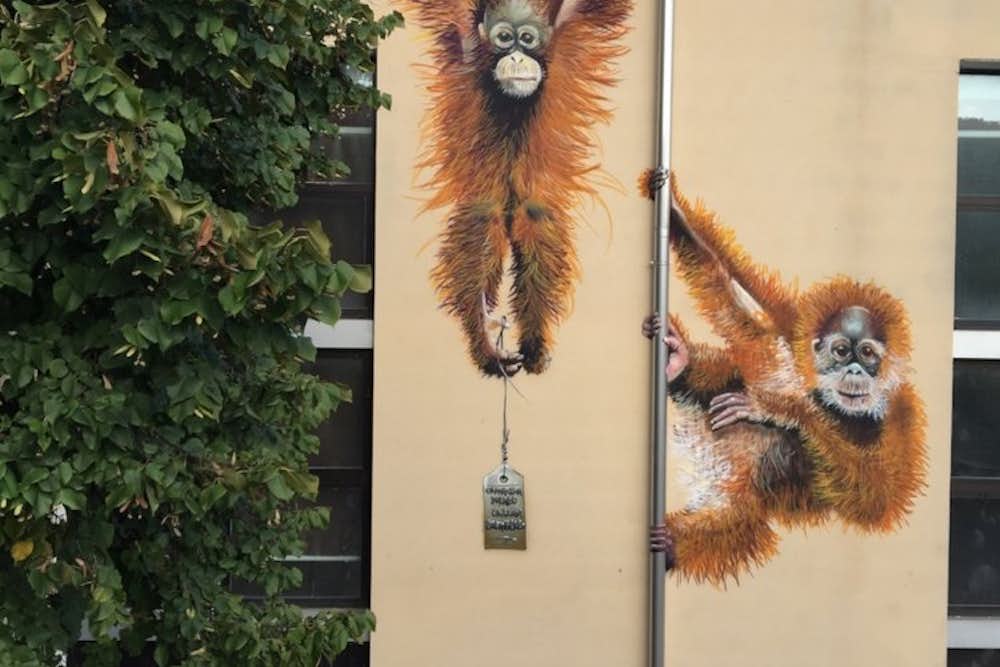 It’s a clear spring day, and Louis Masai is showing me round his garden. The London-based artist, who is known for his vivid murals of endangered species, in places spanning the UK to Jamaica to Amsterdam to Philadelphia, has found an Eden in the metropolis, called Sydenham. ‘It feels community-based, and people actually say hello and good morning in the shops and stuff round here. It’s weird – it doesn’t feel like you’re in London.’ Masai studied art at Falmouth, Cornwall. He describes how when he lived there, he could always look out at the sea, whereas in London you’re always looking at your own shadow. But here, in his garden, Masai can look out.

There is something otherworldly about the spot he has found – almost fantastical. Whether it’s the song of the wind chimes, or the wardrobe on its back, its doors flung open, with vegetables growing out, or the cash register that was rescued from a hotel that burned down, I don’t know, but whatever it is, it strikes gold. The room where we conduct the interview is equally as magical – armed to the teeth with records and plants and African masks. I do a double take when Masai tells me that he found most of the furnishings on the street. ‘London’s really thrifty,’ he says, ‘people throw some great shit out.’

I ask him why he likes working with reclaimed objects. ‘When I moved up to London, I was on Jobseeker’s Allowance. I had no money to spend on canvases and materials, so you just use whatever you can find. 1970s wardrobes? Killer, love ’em. They look disgusting from the front, I hate the way they look, I hate 70s furniture, but round the back is this beautiful piece of wood, and when you take it apart it’s got the stain from the sun, you see where the joins have been, and you get other things that people have done to it like someone’s written on it or scratched into it.’

For the subject matter that Masai is painting, the upcycled materials he uses provide a new layer of meaning. ‘Most of the animals on this planet rely upon trees. We rely on trees, and where do our wardrobes come from? So by painting an environmentally aware image like an orangutan on a piece of wood, you start to bring that contextualisation into it.’

Masai has recently released a graffiti print of a patchwork-quilted rhino (http://www.graffitiprints.com/artist/louis-masai/). Patchwork-quilted animals also featured at a solo exhibition he did a year ago, called ‘Batteries Not Included.’ The show played with the idea that ‘if you don’t preserve the species you’ve got, there’ll only be relics, souvenirs, toys, illustrations, paintings left.’ A rhino, lynx, polar bear, snub-nosed monkey, Brazilian otter and sea horses featured as patchwork stuffed toys, all painted on reclaimed wood, entitled ‘We’re Stuffed’. For the rhino, all the details of the patchwork pattern were African cloth, grounding the creature in the story of its native environment. ‘The nice thing about patchwork is the history behind it – it’s something that was passed down in families from mother to daughter, which is really cool, because essentially that’s what the concept is doing as well – it’s saying, “Here is a rhino. These existed 20 years ago. You didn’t look after them. Pass it on.”’

Despite the political nature of Masai’s art, he prefers not to be called an activist, and is sceptical about the effectiveness of rallies and marches. He describes the march at the most recent COP21 in Paris, which he was documenting, as a theatre production. ‘You’re there, and you’re with a bunch of environmentally ethical people, and we’re being cut off by the military, who are stood there with AK-47s, batons, tear gas, everything you can imagine that’s nasty.’ In his view, rallies and marches are dated, and we need to find a new form of activism that fits in with the times. ‘I think that in the 40s and 50s, particularly with the suffragettes, it worked, because it hadn’t been done before. People didn’t know how to deal with it. But now they’ve learnt how to deal with it, and they know how to squash it, really quickly, and when they let it escalate, it’s for a reason.’

Is social media a good way? ‘Yeah for sure, but then social media’s dangerous because you can put propaganda through it so easily, and it’s everywhere – it’s disgusting the shit you see on social media sometimes.’

For Masai, art has great power as a political tool. ‘Through all kinds of revolutions, there have been campaigns that go through art and images. Black Panthers were successful. Why? Image. Look at Che Guevara, look at Latin America. What did they use? Stencils. Why? It’s an image. It’s easy. Do it fast. Run. Done.’

In Masai’s paintings, animals are given a voice. ‘Help Me Je Suis Endangered,’ some say. Others have hashtags – #saynotopalmoil. What is effective about his form of activism is that through the filter of art it becomes less a bombardment, like it is on social media, and more of an inspiration.

Masai eschews the term ‘street art’, seeing the paintings he does on the street as more akin to mural art, with their origins in Renaissance art and Mexican muralism. Art, for Masai, is about ‘putting your understanding of creativity into an environment, into a community, and watching how it makes people react. It’s for the people, it’s not for galleries.’

In a previous interview, Masai defined an artist as someone who collects consciousness. I ask him to expand on this. ‘What I mean by consciousness is just being visually, audibly, vocally aware of your surroundings and your environment. At one point I was just painting animals, full stop, just whatever I fancied. Other than the fact that I enjoyed painting creatures, there was no reason for it. Then I started realising that I was bored of painting the same animals, and I started to explore what I was calling ‘rare’ or ‘unusual’ animals, and then I realised that there’s another word for them – it’s called ‘endangered’.

So what I did there is I tuned in to my own consciousness, and then I was able to find out what was going on in the environment. You then come along and write an article about it – you’re collecting a piece of consciousness, and you’re going to pass it on to someone else, who will also pass it on, which means that we are constantly in this spiral of shared consciousness, which is, I think, the most important thing.’

Masai recently curated a mural project, called Endangered 13. On Sunday 10th April he and twelve other artists took part in a mural jam, painting the arches of Tower Hamlets cemetery, to raise awareness about different endangered species. Anyone who was free could go along and watch. He also recently completed a mural of a red-shanked douc in Walthamstow, commissioned by The Body Shop, as part of their Enrich Not Exploit campaign.

Masai hopes to focus more on walls than galleries this year, and has lots of plans to go abroad. ‘I’ve got a trip to Italy, as a paint jam. I’m supposed to be going to Beijing, possibly Saudi Arabia.’ He’s hatched a brilliant idea for the end of the year. ‘The plan is to travel around America for two months, with no money – art for our survival. We’re looking for environmentally ethical companies and people to help us survive for 2 months, and we’re gonna film it and document it.’ The aim of the project is to ‘challenge people’s mindsets and set discussions about the environment in motion. We want to pass on these little trinkets of information to get people’s imagination going. *The environment has to come first, and the more people that switch on to that, the more successful the human race will be.’ *

Before I leave I ask him what origins mean for him. ‘Ironically the first thing that comes to mind is Origin Coffee,’ he says, ‘cause I spent 4 years serving it! So when I think of origins, I think of their logo.’ 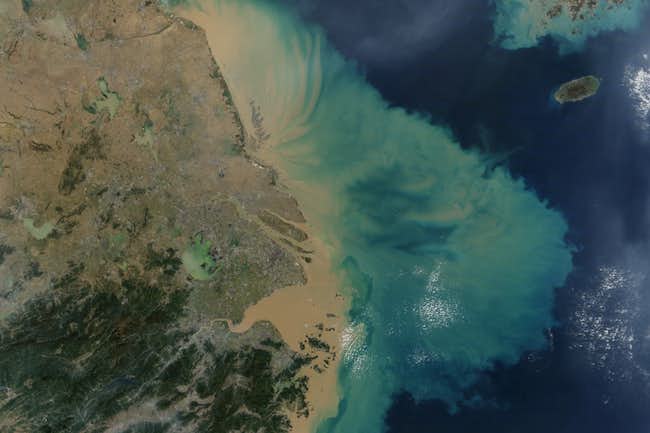 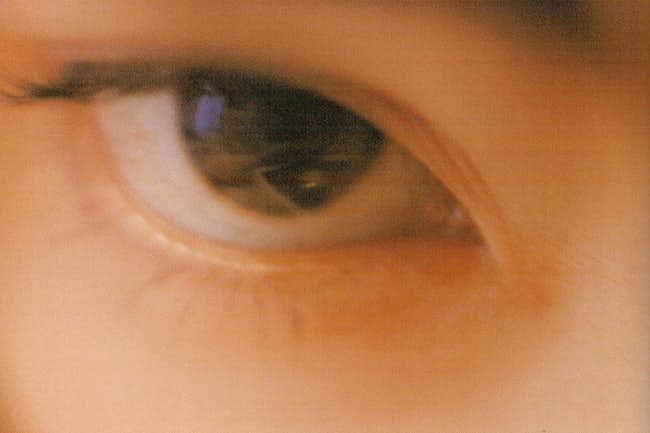 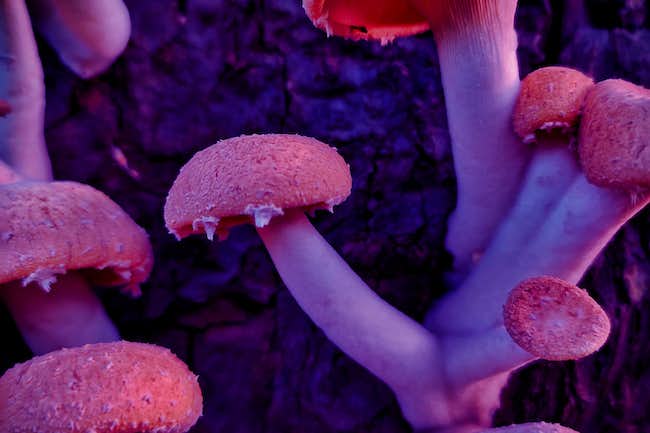