Through a Seed Childishly — Advaya

Through a Seed Childishly

We should relearn to look at the world – through childish eyes, says Augusta Bruce 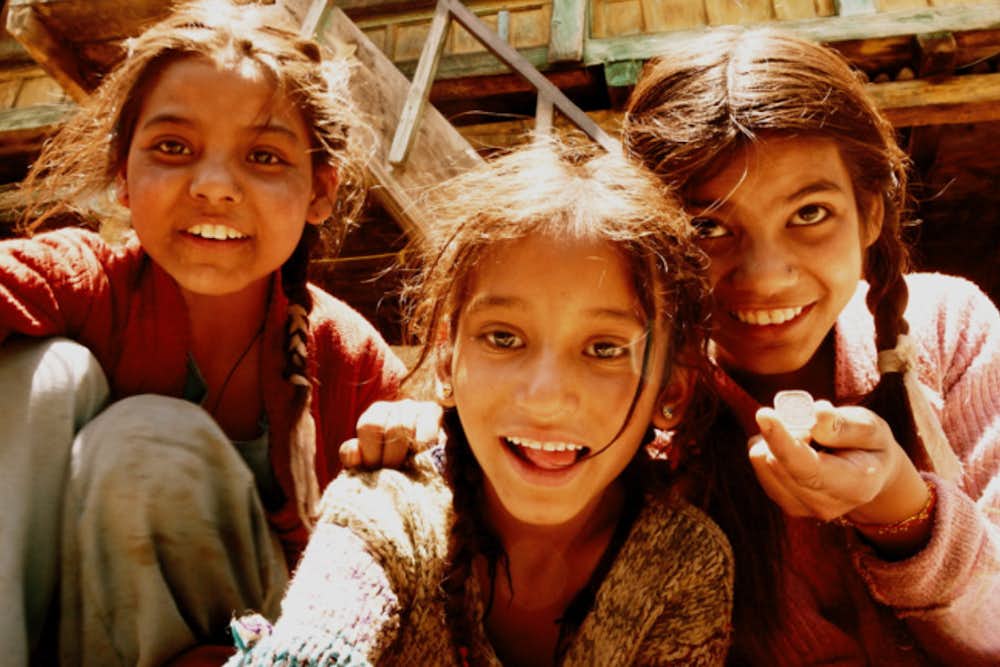 The following quote is taken from Anne’s House of Dreams by L M Montgomery, which was a favourite of mine as a child: ‘ “It always amazes me to look at the little, wrinkled brown seeds and think of the rainbows in ’em,” said Captain Jim.’ Note the alignment between the ‘wrinkled brown seeds’ – so modest, so unassuming – and the rainbows. Imagine cutting open a seed and a rainbow spilling out. It doesn’t happen! Or does it…

Before I begin I promise you this: I will not preach the importance of seeds and how we should be planting them all the time. Rather I would like to get a sense of what they actually mean, and hope to do this by looking at a few examples from film and literature, beginning with a fantastical tale that we all know and love: James and the Giant Peach, by Roald Dahl

We all remember the slightly questionable circumstance whereby James meets an old man with a paper bag of wriggling ‘green things’ at the bottom of his garden. Unlike the brown seeds just mentioned, these seeds are attractive – possessing a ‘strange brightness’, like ‘little stones or crystals’. The old man instructs James to listen to them: ‘Listen to them move!’ as if they were alive, with a music of their own.

But what is most magical about these seeds is the effect they have. At the beginning of the story, James is an orphan, living with his sadistic Aunt Spiker and Aunt Sponge. The peach tree is barren, the garden is desolate. The seeds are the turning point. Once James spills them on the ground, ‘suddenly, the whole place, the whole garden’ becomes ‘alive with magic.’

The old man’s seeds have two noticeable effects. Firstly they rejuvenate. Secondly, they magnify. The peach becomes as large as a house, and the insects grow to human size.

The effect of this? We become able, through the eyes of James, to appreciate the beauty of the peach more deeply: we learn that its skin is a ‘rich buttery yellow with patches of brilliant pink and red’. The peach becomes so large that James gets to know it intimately – it becomes his home, a character in itself.

The same thing occurs with the insects. At the beginning of the story, James is dismissive of the natural world: ‘There was nothing down there. Nothing except the roots of the old peach tree…and a whole lot of earthworms and centipedes and insects living in the soil.’ However, when he becomes a resident of the peach, he gets to know the insects on a human level, discovering their unique traits and eccentricities. He learns how grasshoppers make their music, and how earthworms are essential for farming. His clarified vision comes to fruition at the end of the story, when he is juxtaposed with the New York police and fire department, who are convinced that the larger than life insects have descended from Mars, calling them all sorts of funky names: Gorgon, Sea-serpent, Prock, Manticore, to name a few.

Stories, particularly those that incline towards the fantastic, are useful in that by speaking of things that go beyond the laws of physics, they teach us essential truths. Discussing Lewis Carroll’s Alice in Wonderland, Harry Levin points out that Alice’s shrinkages teach her ‘to look at matters from the other side, from the animals’ vantage point’. It’s the same with James – the fantastical dimensions of the peach and the insects enable him (and us) to view them from an unusual vantage point, enabling us to appreciate them on a new and deeper level.

Bill Brown, inventor of Thing Theory, makes a distinction between objects and ‘things’. According to Brown, an object becomes a ‘thing’ when its relationship to a human subject shifts – it becomes ‘less an object than a particular subject-object relation’. In essence, a ‘thing’ is an object that has been given a voice. The New York police and fire squad possess an objective, demeaning view of the peach and the insects, whereas the view of James becomes enlightened, subjective.

In Guillermo del Toro’s visionary film, Pan’s Labyrinth, Ofelia, the young protagonist, is the sole character who is privy to the wonders and horrors of the fantasy realm. Insects play an important role in this tale too. The camera is often positioned from their perspective, and Ofelia is the only one who is able to recognise their essential nature (they are fairies in disguise).

It is no coincidence that in all these stories the characters who possess insight – who are able to transform objects into ‘things’ – are children, teaching us that we should relearn to look at the world through childish eyes.

A frequent device used in fantastical stories is the blurring of boundaries between people, animals and plants. In Ovid’s Metamorphoses, Daphne is transformed into a tree. In a popular Japanese folk tale, ‘Momotarō’, a boy is born from a peach. In David Lynch’s 30-minute film, ‘The Grandmother’, a young boy, who suffers under the reign of abusive parents, grows a grandmother from a maraca-like seed. The birth scene is unforgettable – what emerges from the seed initially looks like a tree, but then morphs into a benevolent grandmother.

These stories are radical because, in the words of George P. Landow, they ‘change our usual means of perception’, teaching us to respect and revere all forms of life, by showing us how the boundaries between all living creatures are fluid.

Seeds and their trees are fundamental to the teaching of these fluid boundaries. James’ ‘green things’ grow into the peach, the vehicle that transports James and the reader to another world. Similarly, in the well-known folktale, ‘Jack and the Beanstalk’, Jack plants magic beans that become a giant beanstalk, which enables Jack to wander in an upper realm.

A team of folklorists, known as The Opies, have compared Jack’s beanstalk to the Norse tree, Yggdrasil, and even the Bodhi Tree of the Buddha.

This motif of a giant tree, which some call world tree or tree of life, is prevalent in myths across many cultures and religions. According to Christine Goldberg, this symbol ‘emphasizes both the separation and the possibility of interconnection between the worlds’. Therefore, in the same way that there are fluid boundaries between different living creatures, there are fluid boundaries between different worlds.