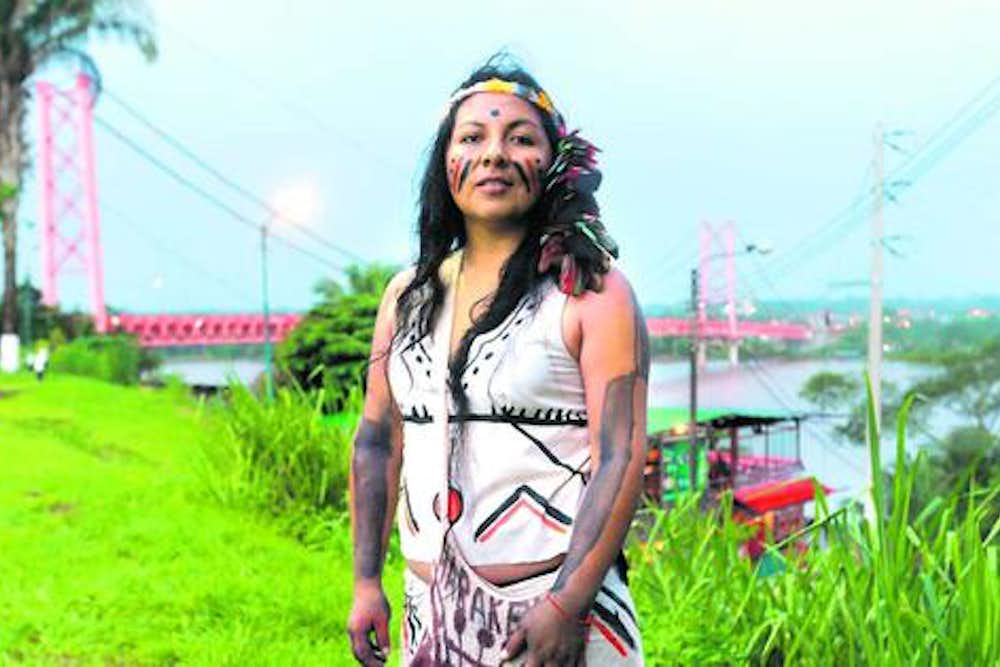 Yesica Patiachi was born in San José de Karene in the Madre de Dios district, Peruvian Amazon. She is a community leader of the Harakbut people. From a young age, Yesica accompanied elders on community visits and forest teaching and learning sessions. Direct transmission from community elders allowed Yesica to learn Harakbut oral traditions first-hand. This experience would eventually inspire her to preserve Harakbut cultural memory. Ongoing research led to the publication of her book Harakbut Oral Literature in 2018. This work is the first multilingual publication featuring myths and stories of the Harakbut forest dwelling people. Yesica’s translation of Harakbut mythology into Spanish allowed her to obtain a professional degree at the Nuestra Señora del Rosario Public Pedagogical Institute of Puerto Maldonado. Her book served as the basis for numerous other publications produced by the General Directorate of Basic Alternative Intercultural Bilingual Education (DIGEIBIRA), working under the Ministry of Education. Yesica is likewise a visual artist and a staunch defender of Harakbut forest culture. She gained international media attention following her impassioned speech in defence of the Amazon Forest, presented before Pope Francis during his official visit to Puerto Maldonado in 2018. Following this intervention, Yesica was invited to visit the Vatican and she became a member of the Indigenous Apostolic Vicariate of Puerto Maldonado, as well as a key participant in the Special Synod for the Pan-Amazon Region.