Globally well-known intellectual and activist, Vandana Shiva has shown ongoing commitment in different fields, making it difficult to label her name under a precise and unique category. At the core of her activism there are: counter-development in favour of people-centered, participatory processes; support to grassroots networks; women rights and ecology. Author of numerous important books and articles, Vandana Shiva has shown a lifetime interest in campaigning against genetic engineering and the negative impact of globalisation, advocating for the crucial importance of preserving and celebrating biodiversity. 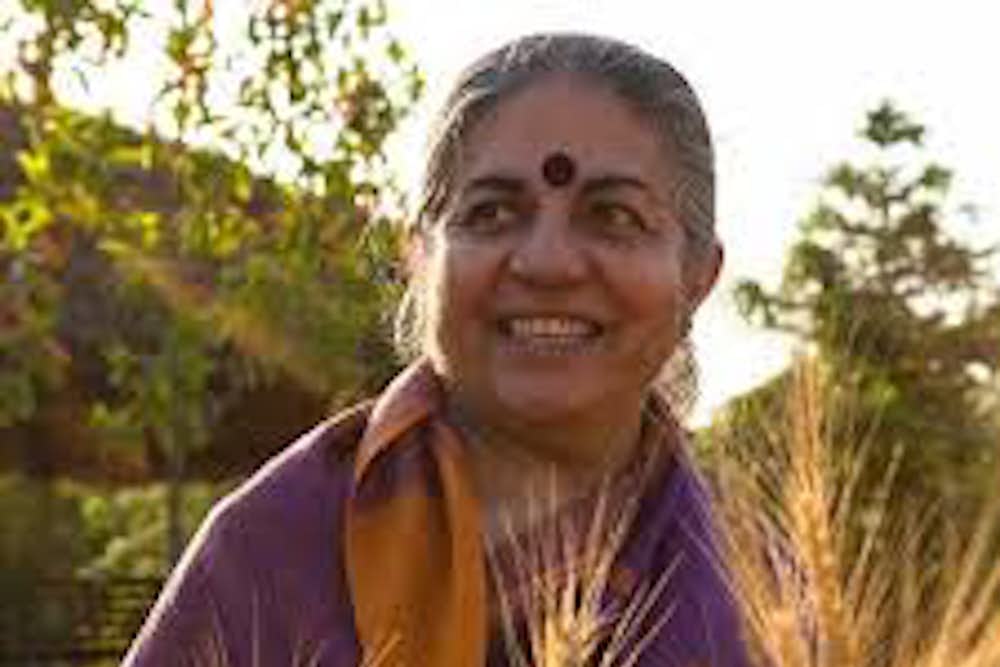 Auhtor of Making Peace with the Earth; Soil Not Oil; Globalization’s New Wars; Seed Sovereignty, Food Security: Women in the Vanguard; and Who Really Feeds the World?; Oneness vs The 1%.

Dr. Vandana Shiva is trained as a Physicist and did her Ph.D. on the subject “Hidden Variables and Non-locality in Quantum Theory” at the University of Western Ontario in Canada. She later shifted to inter-disciplinary research in science, technology and environmental policy, which she carried out at the Indian Institute of Science and the Indian Institute of Management in Bangalore, India. In 1982, she left to set up her Research Foundation for Science, Technology and Natural Resource Policy in her home town of Dehra Dun in the foothills of the Himalaya.

Shiva’s record has been that of the totally committed, very productive and effective activist-advocate-intellectual. As an activist she has co-ordinated, supported and learned from grassroots networks on a wide range of issues across India. As an advocate, especially in international fora, she has proved one of the most articulate spokespersons of counter-development in favour of people-centered, participatory processes. As an intellectual she has produced a stream of important books and articles, which have done much both to form and address the agenda of development debate and action.

Her foundation is an informal network of researchers, working in support of people’s environmental struggles, part of the objective of which is the articulation and justification of people’s knowledge. The foundation has done important work in a number of areas, including:

Time Magazine identified Dr. Shiva as an “environmental hero” in 2003, and Asia Week has called her one of the five most powerful communicators of Asia.

Among her many awards are the Order of the Golden Ark, Global 500 Award of the UN, Earth Day International Award, the Lennon Ono Grant for Peace and the Sydney Peace Prize 2010.

Shiva also serves on the boards of many organizations, including the World Future Council, the International Forum on Globalization and Slow Food International. 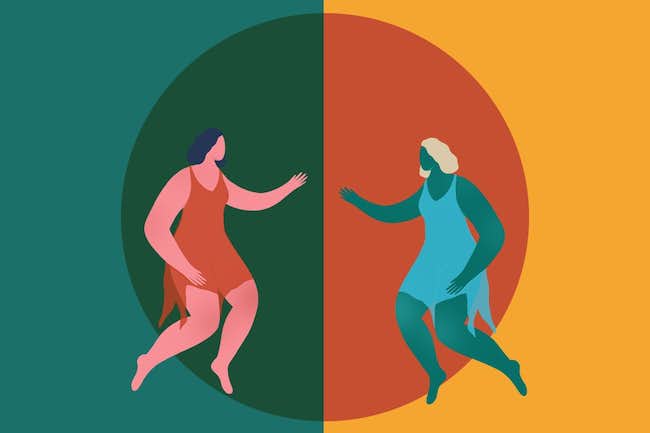 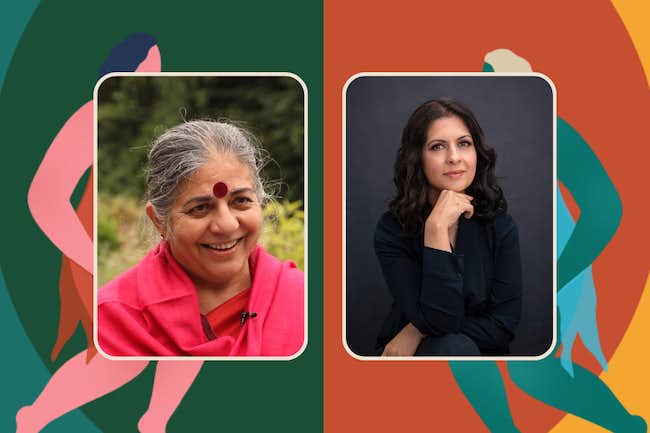 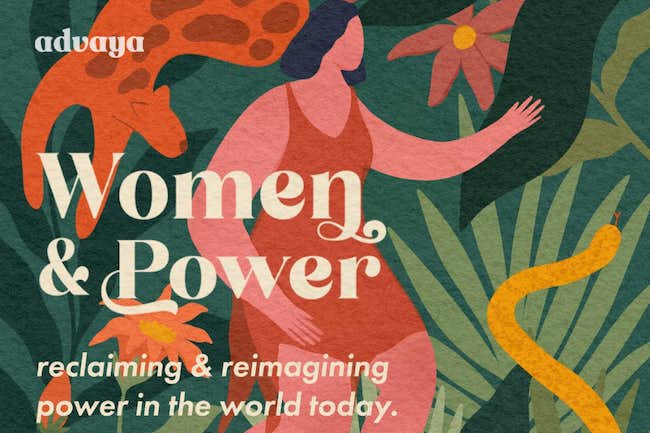 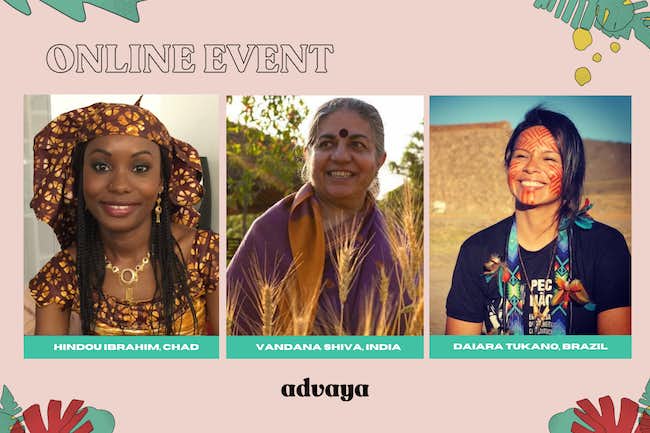 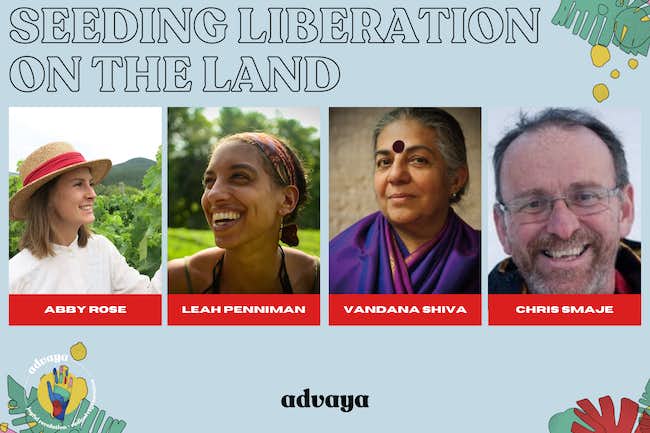 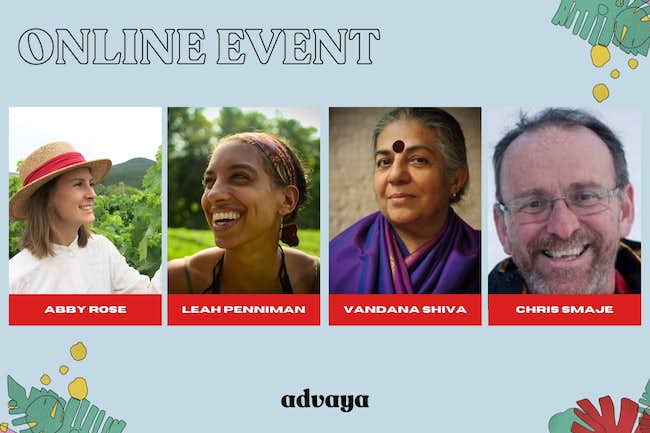 Seeding Liberation on the Land 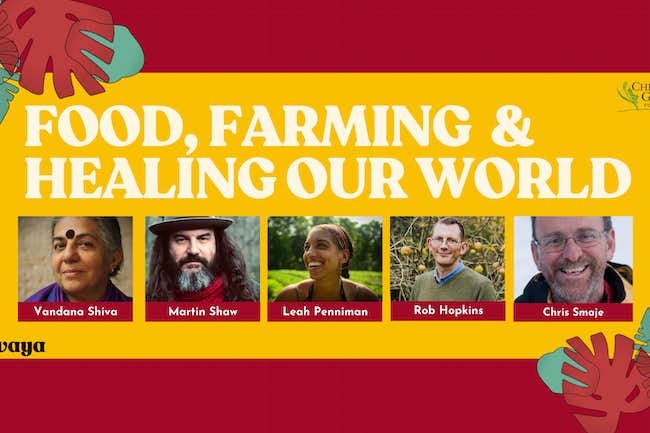 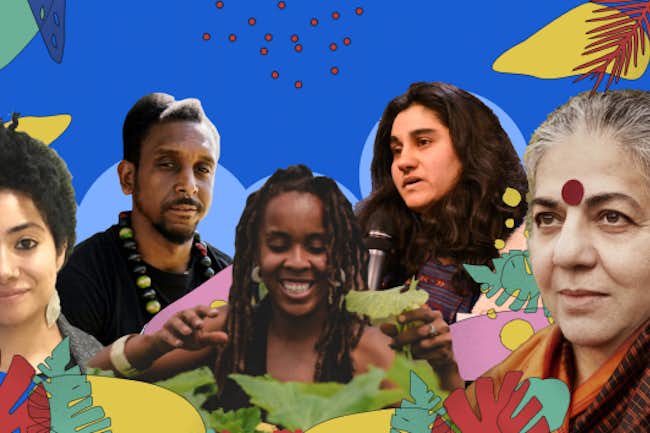